It turns out Dwayne Johnson was no match for Dracula and company, and also for Ant-Man and the Wasp 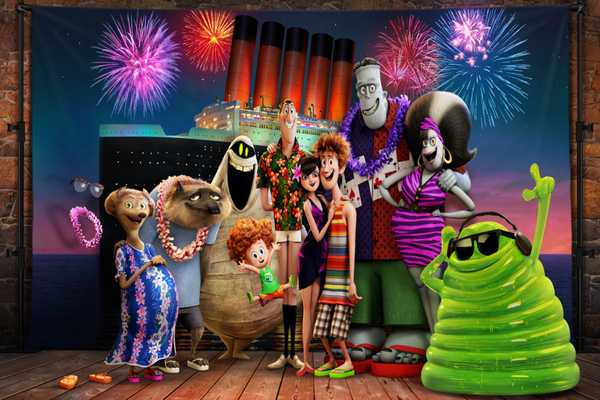 Stressed out? Check out this cute count Dracula who has taken over the box office! Sony’s “Hotel Transylvania 3: Summer Vacation” has reportedly topped the domestic box office charts with 44 million dollars from 4,267 locations, while Dwayne Johnson’s “Skyscraper” was washed up with a paltry 25.5 million dollars from 3,782 theaters.

According to news agency Sony’s president of worldwide distribution Josh Greenstein said, “We’re thrilled. We took the No. 1 slot this weekend with a tremendous amount of competition.”
The animated fantasy comedy is the third instalment of the “Hotel Transylvania”, follows Count Dracula. and his family as they get away from their hotel for their own vacation. It has voice cast that includes Adam Sandler, Selena Gomez, Andy Samberg, and Kathryn Hahn. It carried 80-million-dollar production budget.

The animated super hit has beaten up Skyscraper after releasing just in a week. Dwayne Johnson’s starer “Skyscraper” opened with 40.4 million dollars. It turns out Dwayne Johnson was no match for Dracula and company.

The Skyscraper’s debut was also not enough to secure its No. 2 slot, which was lost to the second weekend of Marvel’s “Ant-Man and the Wasp” with 29.5 million dollars from 4,206 locations. The superhero sequel picked up another 35.3 million dollars internationally, that took its global total to 284 million dollars.

tweet
Share on FacebookShare on TwitterShare on PinterestShare on Reddit
Saman SiddiquiJuly 18, 2018
the authorSaman Siddiqui
Saman Siddiqui, A freelance journalist with a Master’s Degree in Mass Communication and MS in Peace and Conflict Studies. Associated with the media industry since 2006. Experience in various capacities including Program Host, Researcher, News Producer, Documentary Making, Voice Over, Content Writing Copy Editing, and Blogging, and currently associated with OyeYeah since 2018, working as an Editor.
All posts bySaman Siddiqui