The amourous couple's public indecency on board made the other passengers uncomfortable. 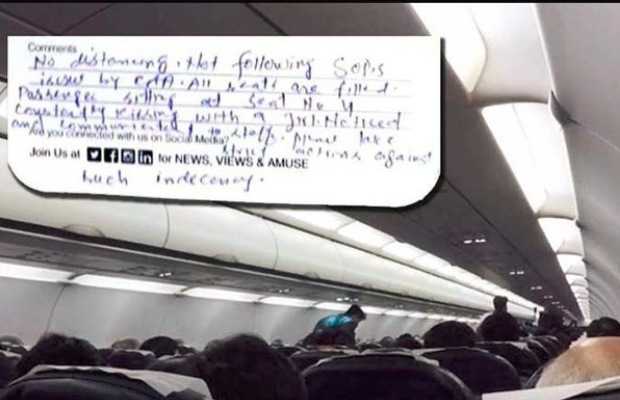 A couple was caught kissing on Karachi to Islamabad bound Air Blue flight.

The incident was reported on May 20th by a passenger who was on board the same flight.

The amourous couple’s public indecency on board made the other passengers uncomfortable.


Mr. Bilal Farooq Alvi, who was sitting on seat number 5 on the respective flight claims to be the eyewitness as he sat on the seat right behind the kissing couple.

Trying to lodge a complaint, Mr. Alvi told a news source that “The couple was sitting in the front row and was kissing each other publicly.”

“When some fellow passengers complained to the air hostess, she warned them but they continued with what they were doing,” he said.

“The air hostess then provided them with a blanket to keep their displays of affection under wraps,” he added.

“You don’t have any right to interfere in someone’s privacy,” the couple said to the passengers before leaving the plane according to the eyewitness.

As being reported, Advocate Bilal Farooq Alvi has lodged a complaint with the Civil Aviation Authority (CAA) against the airline staff for not taking action to stop the couple.