The clarification was issued as the “number of politicians, TV channels and newspapers have misinterpreted the report 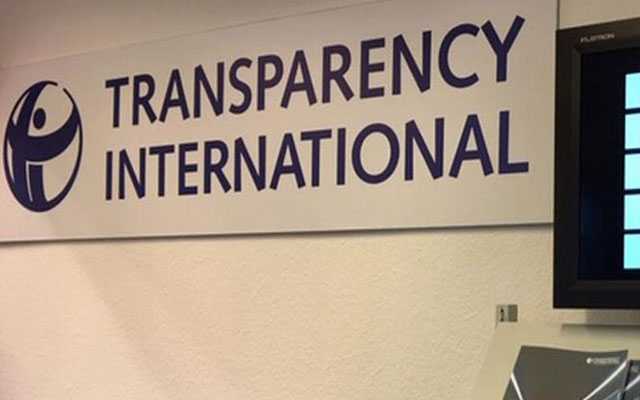 The Transparency International Pakistan (TIP) has issued a rebuttal Sunday saying “lowering of Pakistan score by one does not reflect any increase or decrease in corruption as it is within the standard margin of error”.

Chairman TI-Pakistan, Advocate Sohail Muzzafar, in a statement issued on Sunday said the CPI has not declared that in 2019 corruption has increased in Pakistan, rather, it had placed Pakistan 120 out of 180 countries in its latest report.

The clarification was issued as the “number of politicians, TV channels and newspapers have misinterpreted the report, and given wrong figures trying to damage the reputation of Pakistan,” according to the TIP statement.

Meanwhile, Special Assistant to the Prime Minister on Information and Broadcasting Dr Firdous Ashiq Awan had termed the report “biased” and said that it was not “fair and transparent” adding that it had also been rejected by the masses since it apparently has been managed by the “kings of corruption sitting abroad”.

Answering to the statements of PTI government and opposition, Muzzafar said the CPI 2019 did not declare the government of former military ruler General Pervez Musharraf as the most corrupt and the incumbent government as the second most corrupt.

He also stated report did not termed the governments of Pakistan Muslim League-Nawaz (PML-N) and Pakistan Peoples Party (PPP) as cleanest and second cleanest respectively.

“Reality is that CPI 2019 has not given any such rating for Pakistan, nor for any other country. TI does not have its own data input in CPI, and TI Pakistan has not role in making of CPI, nor has any data input in it,” read the statement.