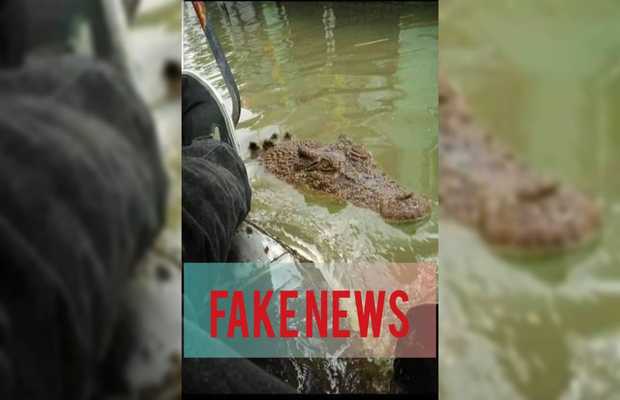 Earlier on Tuesday Karachi witnessed one of the heaviest rain spells in the city, and soon after the misery of the citizens began as roads were filled with water and electricity went out the doors of everyone’s home.

To further complicate the matters, messages soon started to circulate on social media which claimed that crocodiles from Manghopir Shrine have escaped and entered the residential area.

Following the complaints, Sindh Wildlife Department sent its officials to the area in order to investigate the matter and as per their findings, the whole news was a baseless hoax.

“We received complaints of people spotting a crocodile in the ground near Akhtar School in New Karachi. When we came to the location, we even met the man who claimed he saw the reptile. He even showed a video on his mobile phone to the wildlife team but they deduced that the video was from India and not Pakistan,” Wildlife inspector Naeem.

“The man had shown the video to the children in the area and this created panic there. He, however, escaped when his claims were proven to be wrong,” the inspector added.

Furthermore, Naeem with his partner Hasnain also visited the shrine where a caretaker Muhammad Sajjad, confirmed that there’s no way any of the crocodiles have escaped.

“He showed the sulphur springs where the crocodiles are found and said 20-feet long walls have been built around it, making it impossible for the crocodiles to escape,” as per media reported.

“The government has installed CCTV cameras at the shrine so we can tell if any such thing happens,” Sajjad told a news channel.

“[And] these crocodiles are not beasts. They are manifestations of a Sufi Hazrat Khawaja Hasa, who is also known as Manghopir Sakhi Sultan, and should be respected,” he added. 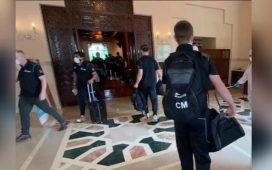 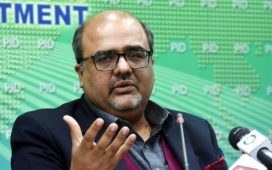