“We will have a very good talk,” said the American president. 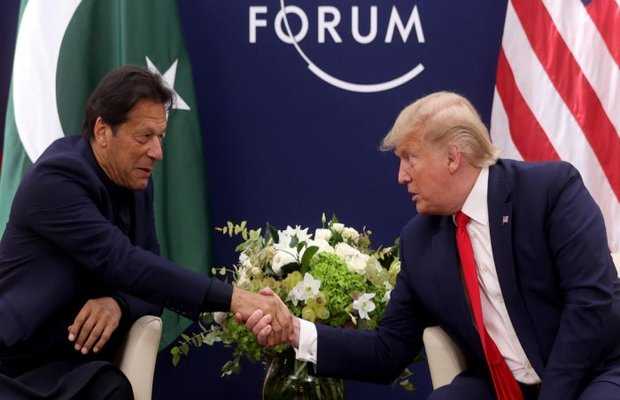 US President Donald Trump in a sideline meeting with Prime Minister Imran Khan at World Economic Forum in Davos said was willing to resolve tensions between India and Pakistan.

On Tuesday, the two leaders interacted with the press while Trump saying that US was “watching very closely” and Washington was willing to resolve tensions between India and Pakistan.

While referring to Prime Minister Imran as his “friend” Trump said that it was an honour to meet PM Khan again.

“We will have a very good talk,” said the American president.

“We [US] have never been closer to Pakistan”, he said adding that “it was due to his relationship with the prime  minister Imran Khan” which had been helpful in bringing the two countries together.

During prime minister Imran’s turn to speak, he told the press that the most important topic that was discussed with Trump was the Afghanistan reconciliation issue.

The prime minister stated US and Pakistan were on the same page as far as talks between the Taliban and the Afghan government were concerned.

“We hope the US will play its part in resolving [tensions] because no other country can,” he said adding that “Pakistan was willing to play its part in promoting peace and stability in the region”.

Tensions between the two countries (India and Pakistan) have been on the rise over the past couple of years. Pakistan and India almost went to war in February last year.