"So far three killed, 15 wounded," a doctor at the local hospital told AFP. 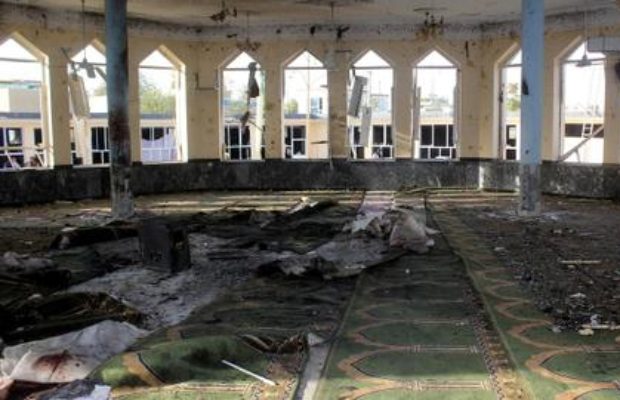 A deadly blast hits another Afghanistan mosque during Friday prayers in the eastern province of Nangarhar.

At least three people were killed and 15 wounded on Friday, according to a hospital official.

The blast happened in the Spin Ghar district of the province, a hotbed of Islamic State group activity since the Taliban seized power in the country in August.

The Islamist state group had first emerged in Nangarhar in 2015.

“I can confirm a blast during Friday prayers inside a mosque in Spin Ghar district. There are casualties and fatalities,” a Taliban official told AFP.

The Afghan branch of the Islamic State group has claimed responsibility for a series of bloody attacks in Afghanistan since the Taliban’s return to power.

The blast underscores one of the many challenges that the new Taliban regime in Afghanistan has been facing.
While the UN warns that the country is also on the brink of the world’s worst humanitarian crisis.
tweet
Share on FacebookShare on TwitterShare on PinterestShare on Reddit
NewsDeskNovember 12, 2021
the authorNewsDesk
All posts byNewsDesk