Six people were killed and five were injured on Friday night in a deadly collision of vehicles, near Karachi’s Powerhouse Chowrangi,

As being reported, a Suzuki hi-roof vehicle collided with a rickshaw and caught fire, resulting in casualties. 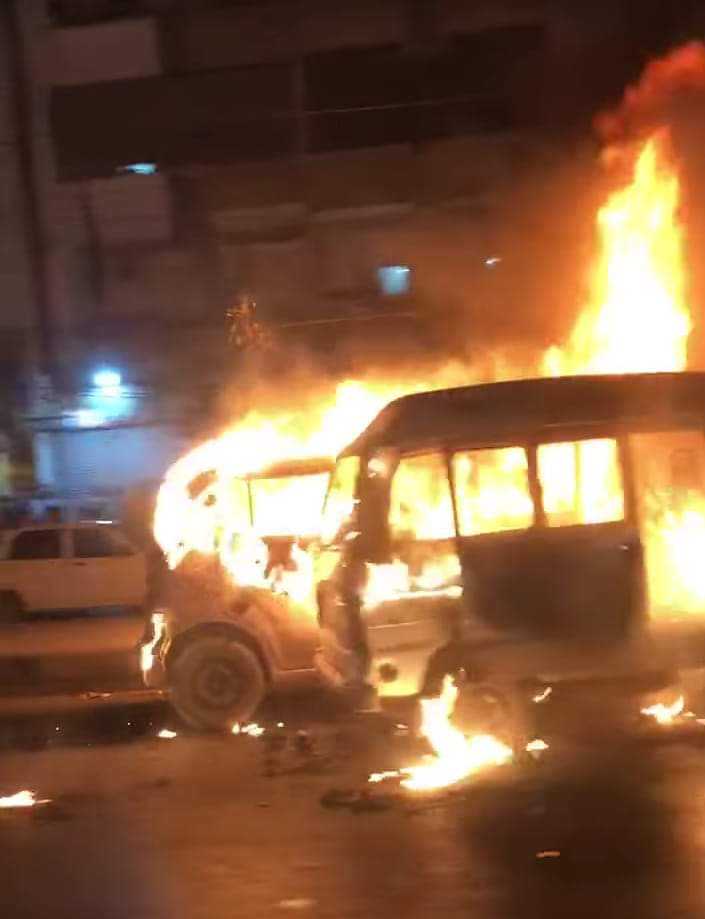 According to the rescue personal, a woman,  a man, and four children were among the six people who died in the accident. Five injured persons were taken to Abbasi Shaheed Hospital for treatment.

Dr. Kaleem, a surgeon at the hospital, confirmed that four dead bodies were brought to the hospital.

According to the Police, the rickshaw had also been engulfed in flames when it collided with the van, which was already on fire. The cylinder of the van remained undamaged, so it was unlikely to be the cause of the explosion, making the vehicle burst into flames.

To investigate the matter, why the van caught fire, a bomb disposal squad and fire brigade were called in.

According to SSP Central, the family which fell prey to the accident were residents of Surjani Town.