Karachi's  Gulshan-e-Hadeed received the most of the rainfall during the past 24 hrs, which was recorded at 102.7mm. 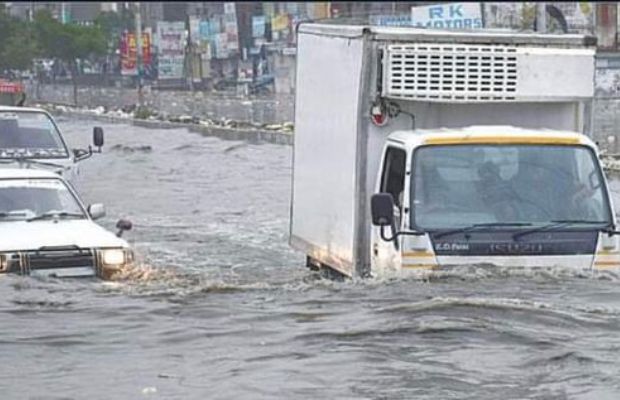 The death toll from three days of rain in Karachi rises to 14!

Heavy rainfall that started on Thursday in the metropolis has wreaked havoc leaving at least 14 people dead in separate accidents.

On Friday, at least six people were reported to have lost their lives in rain-related incidents.

The first spell of monsoon rains which originally started on Monday turned worst on its fifth day for Karachiites.

Most of the areas were affected by urban flooding as well.

As per the MET prediction, a monsoon system is still present over Karachi, under its influence, different areas of the port city will continue to receive moderate to heavy showers during Eid Holidays.

“There is a strong monsoon system and its currents from the Arabian Sea are penetrating into Karachi and other parts of Sindh,” said Sardar Sarfraz of the Met office.

Karachi’s  Gulshan-e-Hadeed area received the most of the rainfall during the past 24 hrs, which was recorded at 102.7mm.

While many areas were deprived of the electric supply after the first drop of rainfall.