ISPR says no survivors as wreckage of army chopper that went missing on Monday found. 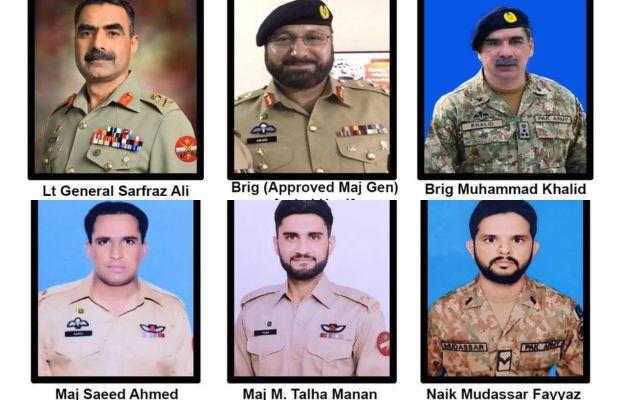 Balochistan police located the debris of the missing Pakistan Army helicopter on Tuesday.

The military’s media wing confirmed on Tuesday confirmed that the wreckage was found in the Musa Goth, Windar area of Lasbela district in Balochistan.

ISPR said that the initial investigation suggests that the accident occurred due to bad weather.

The debris of the Pakistan Army’s aviation helicopter that went missing a day earlier has been found at Moosa Goth near the Sassi Punnu Shrine in Balochistan, Deputy Inspector-General Pervaiz Khan Umrani said.

According to the Lasbela senior superintendent of police,  the police recovered the crashed helicopter at Haji Moosa Goth on the top of a mountain at around 12:25 pm, which was seven to eight kilometers away from Abbas Police Post, Sakran.

“The helicopter is completely destroyed. Police are further searching the area,” he said in a statement.

The Inter-Services Public Relations (ISPR) in a statement issued last night, said that the Army aviation helicopter was on a flood relief operation in Lasbela, Balochistan when it lost contact with air traffic control (ATC).

Corp Commander Quetta Lieutenant General Sarfraz Ali was among six people on board.

He was supervising the flood relief operations in the province.

Chief of Army Staff General Qamar Javed Bajwa in a telephonic conversation earlier today, informed Prime Minister Shehbaz Sharif of the most recent developments in the search for the army aviation chopper.

Taking to Twitter, the military’s media wing said that the aviation helicopter was on a flood relief operation in Lasbela, Balochistan when it lost contact with air traffic control (ATC).

“Six individuals were on board, including Commander 12 Corps who was supervising flood relief operations in Balochistan,” the tweet said.