Delay in Vote of No-Confidence; Secretary and Deputy Secretary NA likely to be summoned to IHC 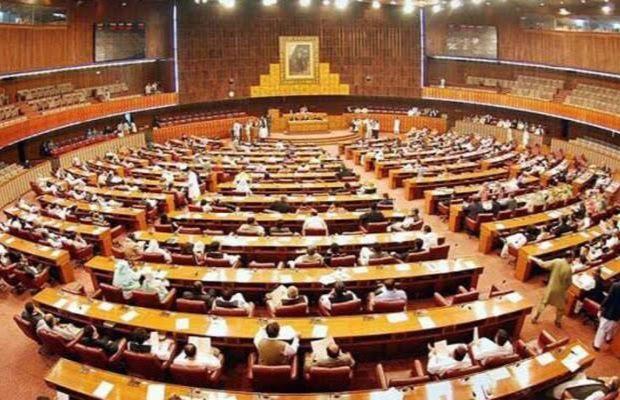 Delay in Vote of No Confidence has led to hashtags #Emergency #Article190 and #Martial_law trending top on Twitter on Friday.

Two hours left in the day April 9 to end, if National Assembly Speaker is not able to conduct voting on No-Confidence Motions as per the SC ruling, the contempt of court is likely to be applicable to the NA Speaker for not following the court’s order.

As per the news source, Chief Justice of Pakistan Umar Ata Bandial has ordered to open doors of the Supreme Court in light of the current political situation.

The chief justice has instructed the relevant officials of the top court to open the doors at 12am, sources claim, as the National Assembly Speaker Asad Qaiser is yet to allow voting on the no-confidence motion against Prime Minister Imran Khan.

The crucial National Assembly session in accordance with the Supreme Court’s ruling was adjourned four times today as the government drags its feet on the no-trust vote.

As being reported, the National Assembly is expected to take place sometime soon.

A high-level session was also held at the NA Secretariat to hold consultations over the voting on the no-trust motion against PM Imran Khan on Saturday night.

The key session was chaired by NA Speaker Asad Qaiser and attended by the secretary, additional secretary, and other senior officers.

Sources quote that the secretary and additional secretary have advised the NA speaker to conduct the voting on the no-trust motion today.

NA Secretariat and the speaker have no option other than implementing the Supreme Court (SC) orders for the no-trust vote, as per the news source.