A toxic haze has smothered Delhi since the festival of Diwali. 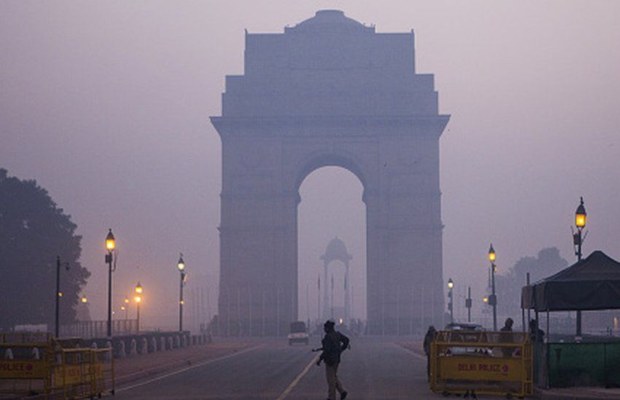 Delhi schools and colleges have been shut down until further notice due to dangerous levels of air pollution!

India’s top court is deliberating whether New Delhi should go into lockdown as a blanket of toxic smog continues to envelop the city.

The high levels of pollution in the Indian capital city of New Delhi threaten the lives of residents and others nearby, ordering a temporary halt to operations of five power stations and longer school closures.

A toxic haze has smothered Delhi, one of the world’s most polluted cities and home to some 20 million people, since the festival of Diwali.

Six of the 11 thermal power plants within a 300-kilometer radius were told to cease operations until further notice.

Furthermore, the lorries except those carrying essential goods are barred from entering the capital until November 21 and most construction activities were also halted.

Delhi often ranked the world’s most polluted capital, faces extremely bad air in winter due to the crop stubble burning, emissions from transport, coal-fired plants outside the city, and other industrial emissions, open garbage burning, and dust.