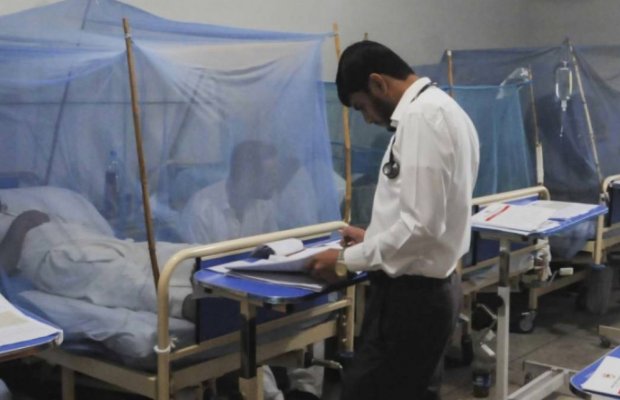 Dengue cases on surge in Punjab!

During the last 24 hours, the province reported over 100 new cases.

A total of 992 cases have been reported in the province so far, with 60 among them only in Lahore.

A total of 48 patients were admitted to different hospitals in Lahore.

A total of 17 patients were admitted to different hospitals in Rawalpindi.

In Rawalpindi’s Holy Family Hospital, 7 dengue patients were admitted; in Benazir Hospital 6; in DHQ hospital 3; and one dengue patient was brought in Wapda Hospital.

During the last 24 hours, 32 more patients with dengue were reported in the urban and rural areas of the federal capital. One person lost his life due to dengue in Islamabad.

While a total of 54 patients are being treated for dengue in the urban areas of the federal capital.

However, 15 new cases were reported in the urban areas of Islamabad, the DHO stated.