The photo of ISI Cheif having a cup of tea in Kabul remind many of The Tea Was Fantastic! 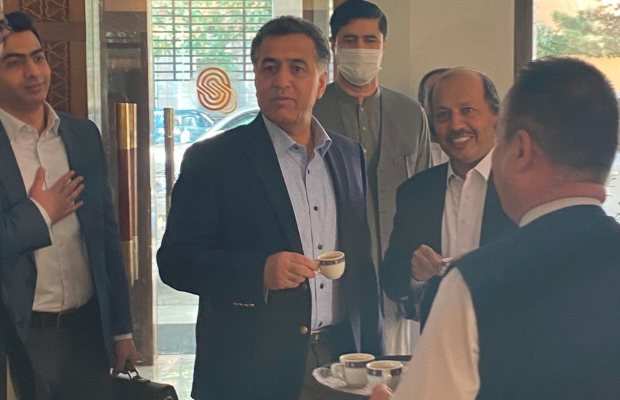 
Pakistan’s top military leadership was invited to Kabul by the Afghan Taliban.

As being reported by Afghan media, General Faiz Hameed will discuss the immediate future of Pak-Afghan security, economic, and trade relations with the Afghan Taliban leadership.

According to sources, DG ISI Lieutenant General Faiz Hameed said that Pakistan has been helping Afghanistan in the past and will continue to do so in the future.

The DG ISI’s visit to Kabul had already left Indian media fuming and the world knows how the media of the world’s largest democracy treats new items.

Netizens have been roasting Indian media over the coverage of DG ISI visit.

And as soon as the photo of ISI Cheif having a cup of tea in Kabul Serena Hotel was shared on social media, the moment reminded the keyboard warriors of the epic Tea Was Fantastic incident.

Pakistani ISI Chief Faiz Hameed just arrived in Kabul Serena Hotel. Told me he was here to meet Pakistani Ambassador – wouldn’t say he was meeting Taliban leadership (but he must be of course!) pic.twitter.com/afhfpNqzw8

Netizens find the Tea is Fantastic in Afghanistan!

…and the tea was fantastic.
Over and out.
Message delivered to 🇮🇳 https://t.co/WG885CZsO3

Some suggested there is going to be a shortage of burnol in the neighbouring country!

One Cup Of Tea , Behind It Whole Story Lol 😂 Tea is #Fantastic , I Am Feeling That Tea Is Goin To Be Ban In #India 🤷🏼‍♂️😂 Koi Asa leta h kya ? 😂 #burnol #TeamIndia #ISI #isi_ourpride #DGISI #DGISPR pic.twitter.com/GMmpOz6OwM