In just five months and 12 days, the dollar has become Rs21.22 costlier in the inter-bank exchange 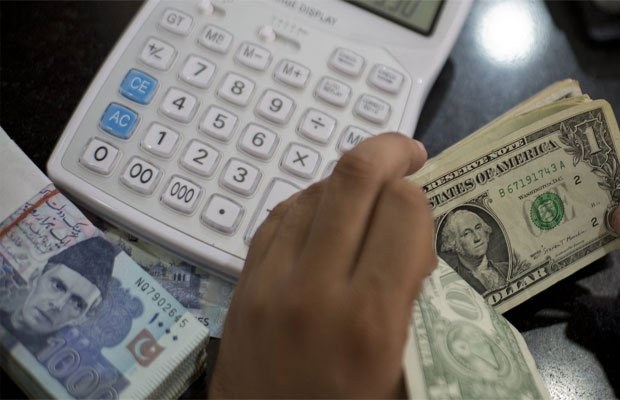 Dollar on Wednesday has hit another record high against Pakistani rupee; rises to Rs173.50!

After gaining 57 paisas against the Pakistani rupee, the greenback is up from the previous rate of Rs172.78 in inter-bank trading.

In just five months and 12 days, the dollar has become Rs21.22 costlier in the inter-bank exchange, according to the forex dealers.

Earlier on Monday, the US dollar demonstrated strongly against the Pakistani rupee gaining a hefty Rs1.92 in inter-bank trading. However, the rupee did recover by 32 paisas before the closure of the business. The US dollar dominated the whole day and was traded at a historic high of Rs173.10 against the  Pakistani rupee which had been constantly losing against the greenback for many months now.

After gaining Rs1.92 on Monday, the dollar reached its historic high against the rupee at Rs173.10, but later the rupee recovered 32 paisas, and as the trading ended the dollar closed at Rs172.78 up by Rs1.60.

On the other hand, shares at the Pakistan Stock Exchange (PSX) soared buoyed by talks with the International Monetary Fund (IMF) moving forward.

Head of Foreign Institutional Sales at Next Capital Limited, Muhammad Faizan, said the bullish trend was owed to better-than-expected current account deficit figures as well as the “positive news flow” from the IMF.