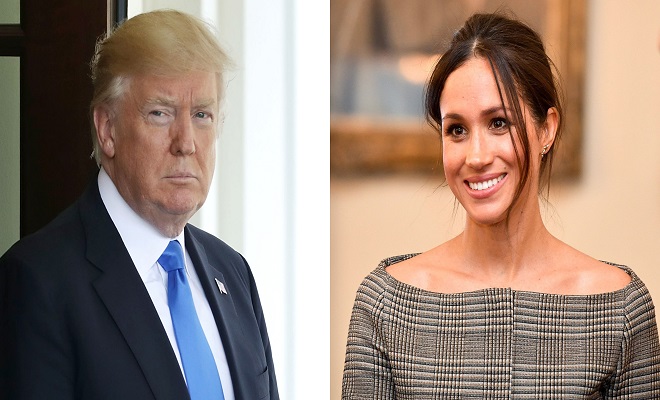 The US president Donald Trump yet again changed his stance and made a fool of himself in the attempt to do so. A while ago, the president was seen trying to start a feud with the Duchess of Sussex, Meghan Markle. However now he calls it a rumor!

Ahead of Donald Trump’s tour to London, Trump was interviewed by a British reporter who informed him that the Duchess Meghan is not a fan of Trump’s politics and supported Hillary Clinton during the presidential elections in 2016.

This did not go well with the narcissist Trump and he reacted rather absurdly and insulted the former actress.

People of both countries were clearly dismayed and angry. Some even brought it to Twitter – Trump’s favorite social media site.

Just after this incident he was quick on his feet to try and change his stance and clarify his choice of words for the British royal.

“She was nasty to me. And that’s OK for her to be nasty, it’s not good for me to be nasty to her and I wasn’t. You know what? She’s doing a good job, I hope she enjoys her life. I think she’s very nice,” he said to a reporter.

We aren’t really sure if that was an apology or what. But we all know that Donald Trump isn’t really new to changing his words and backpedaling, so yeah!