Donald Trump offers to mediate between Pakistan and India on Kashmir

India rejects US President Trump’s claim that PM Modi asked Trump to mediate on Kashmir, says “no such request has been made." 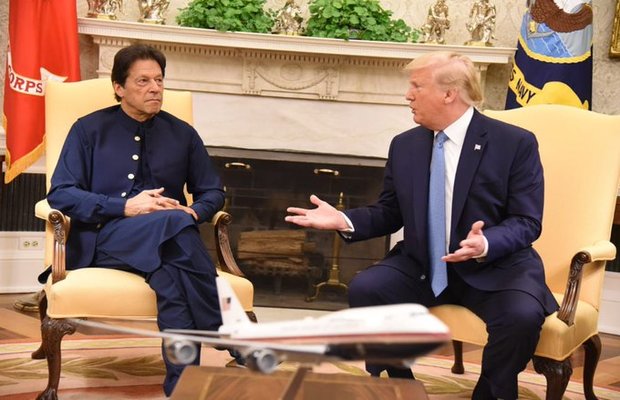 US President Donald Trump on Monday has offered to be the “mediator” between Pakistan and India on the Kashmir issue as he met Pakistani Prime Minister Imran Khan at the White House.

“If I can help, I would love to be a mediator,” the US president said, a statement that signals a shift in long-standing US policy that the Kashmir issue must be solved bilaterally.

The US president during the meeting also said that Narendra Modi asked for mediation.

“I was with Prime Minister Modi two weeks ago and we talked about this subject (Kashmir). And he actually said, ‘would you like to be a mediator or arbitrator?’ I said, ‘where?’ (Modi said) ‘Kashmir’,” Trump said.

“I think they (Indians) would like to see it resolved. I think you would like to see it resolved. And if I can help, I would love to be a mediator. It should be….we have two incredible countries that are very, very smart with very smart leadership, (and they) can’t solve a problem like that. But if you would want me to mediate or arbitrate, I would be willing to do that,” Trump said.

“So all those issues should be resolved. So, he (Modi) has to ask me the same thing. So maybe we’ll speak to him. Or I’ll speak to him and we’ll see if we can do something,” Trump said.

“We have a very good relationship with India. I know that your relationship (with India) is strained a little bit, maybe a lot. But we will be talking about India… (it’s) a big part of our conversation today and I think maybe we can help intercede and do whatever we have to do. It’s something that can be brought back together. We will be talking about India and Afghanistan both,” Trump told Imran Khan.

PM Imran Khan, who was sitting by Trump’s side in the Oval Office of the White House, said that he is ready and welcomed such a move by the US. 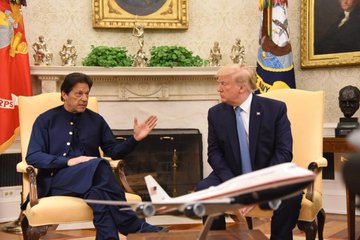 “Right now, you would have the prayers of over a billion people if you can mediate (on Kashmir),” Khan told Trump.

In addition, Khan said: “The USA is the most powerful country in the world and it can play a very important role for peace in the subcontinent.

“Over a billion people at moment are held hostage to Kashmir situation and I believe that President Trump can bring two countries together,” the PM added. 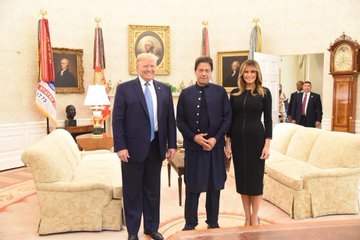 In the meanwhile, India was quick to respond to this development by rejecting the US mediation offer and denying POTUS claim that President Modi asked for it.

India’s foreign ministry spokesperson Raveesh Kumar in a series of tweets said: “We have seen @POTUS’s remarks to the press that he is ready to mediate if requested by India & Pakistan, on Kashmir issue. No such request has been made by PM @narendramodi to US President.

We have seen @POTUS's remarks to the press that he is ready to mediate, if requested by India & Pakistan, on Kashmir issue. No such request has been made by PM @narendramodi to US President. It has been India's consistent position…1/2

It has been India’s consistent position that all outstanding issues with Pakistan are discussed only bilaterally. Any engagement with Pakistan would require an end to cross border terrorism. The Shimla Agreement & the Lahore Declaration provide the basis to resolve all issues between India & Pakistan bilaterally”.

tweet
Share on FacebookShare on TwitterShare on PinterestShare on Reddit
Saman SiddiquiJuly 23, 2019
the authorSaman Siddiqui
Saman Siddiqui, A freelance journalist with a Master’s Degree in Mass Communication and MS in Peace and Conflict Studies. Associated with the media industry since 2006. Experience in various capacities including Program Host, Researcher, News Producer, Documentary Making, Voice Over, Content Writing Copy Editing, and Blogging, and currently associated with OyeYeah since 2018, working as an Editor.
All posts bySaman Siddiqui