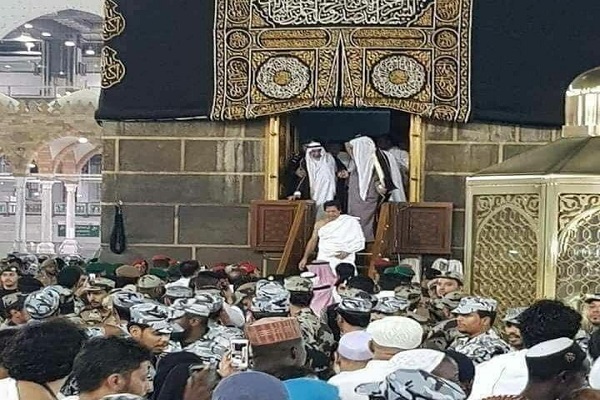 The Prime Minister of Islamic Republic of Pakistan arrived in Saudi Arabia on Thursday on a two day official visit. He met with Saudi leadership,  where discussions were hled on important issues. In his meeting with Saudi Crown Prince Muhammad Bin Salman, Prime Minister Imran Khan assured his full support from Pakistan to the Kingdom of Saudi Arabia with all its capacities in confronting sabotage acts, referring to the drone attacks on Aramco.

PM Imran Khan has also laid a great stress on the current going situation in the region of Kashmir. He highlights the Indian atrocities in the region of Occupied Kashmir, following the repealing of the special status of the territory by the Modi-led Indian government.

Prime Minister @ImranKhanPTI met Pakistani Professionals residing in Jeddah, Saudi Arabia. He conveyed message to Pakistanis that his objective was to take Saudi Arabia leadership on board regarding Kashmir ahead of @UN Summit and streamline Kashmir issue on International level pic.twitter.com/vqEJNFpHzI

tweet
Share on FacebookShare on TwitterShare on PinterestShare on Reddit
Rameeza NasimSeptember 20, 2019
the authorRameeza Nasim
Rameeza Nasim, a Paralian, passionate about poetry, drama and fiction. By giving drama critiques I feel like I am endorsing the writer's message to the audiences, I love my job. Being a critic responsibility lies on my shoulders to point out the flaws and shortcomings of the play be it on writer's , performers or director's end . I did my Masters in English Literature and Linguistics .
All posts byRameeza Nasim