Dr. Aafia Siddiqui sustains minor injuries in an assault in US prison

As being reported, the inmate smashed a coffee mug filled with scalding hot liquid into her face. 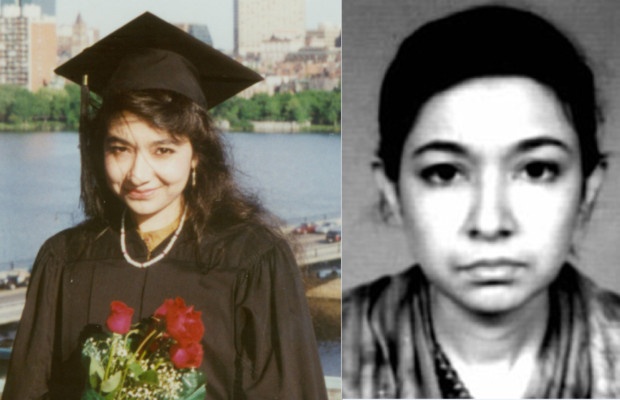 Dr. Aafia Siddiqui sustained ‘minor injuries’ in an assault by a fellow inmate in US prison, it emerges on Saturday.

On August 19, CAGE, an independent advocacy organisation working to empower communities impacted by the ‘war on terror’, in a statement said that it had received disturbing reports from Siddiqui’s lawyers stating that she had been attacked in her cell by an inmate who had been harassing her for some time.

As being reported, the inmate smashed a coffee mug filled with scalding hot liquid into her face.

“Shocked by the violent assault and in excruciating pain, Dr. Siddiqui curled into a fetal position to protect herself. She was unable to get up after the assault and had to be taken out of the cell in a wheelchair,” the statement said.

BREAKING: Dr Aafia Siddiqui calls for public support after serious assault in a Texas prison.
Dr. Aafia said, “The fact that I’m not blind is a miracle from Allah.”@Moazzam_Begg “She needs to go home and be with the children she never saw grow up.”https://t.co/qXMUeu6mg9 pic.twitter.com/oWSNySUUOC

The Foreign Office (FO) on Saturday said that incarcerated neuroscientist Dr. Aafia Siddiqui had received “minor injuries” after being assaulted by a fellow inmate at the Federal Medical Centre (FMC) in Carswell, the US last month and was “doing fine”.

FO spokesperson Zahid Hafeez Chaudhri in a statement said that authorities had learned of the assault on Siddiqui by a fellow inmate on July 30.

The FO spokesperson added that a formal complaint had been lodged with the relevant US authorities to investigate the matter and ensure her safety and well-being.

“Our embassy in Washington, DC as well as our consulate general in Houston immediately took up the matter with the concerned US authorities,” he said.

“Our consul general in Houston visited Dr. Siddiqui immediately to ascertain her well-being. She had received some minor injuries but was doing fine,” he added.

“Both the Pakistan embassy in Washington, DC and the consulate general in Houston continue making every effort to ensure that Dr. Siddiqui is properly looked after during her incarceration at FMC Carswell,” he said.