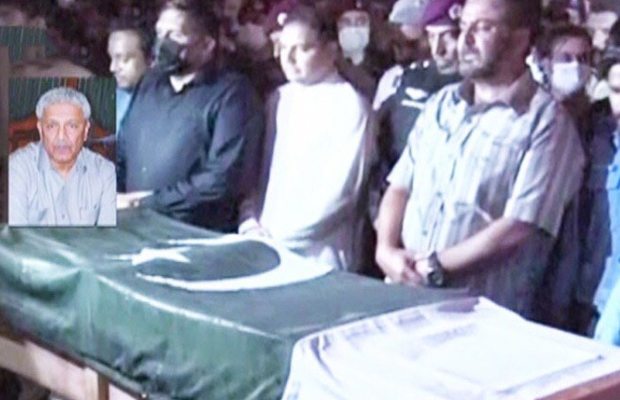 Thousands of mourners attended the funeral prayers at Faisal Mosque amid heavy training in the capital.

The last remains of Mohsin e Pakistan were brought to the F8 graveyard, due to huge gathering and heavy rain, the 20 mins journey for the convey took two hours to reach the graveyard.

Personnel of military police presented guard of honour before the coffin carrying the national hero’s body was lowered into the last resting place.

Earlier, thousands of people including civil and military leaders were in attendance as Namaz-i-Janaza was offered at Faisal Mosque.

His funeral prayers, led by Prof Dr. Ahmed Al Ghazali, were held at the Faisal Mosque at 3:30 pm.

According to a notification of the Interior Ministry, the government has decided to accord full state honours to the national hero and the national flag will be hoist at half-mast on Sunday.