Dr. Abdul Qadeer Khan passed away as his lungs collapsed. 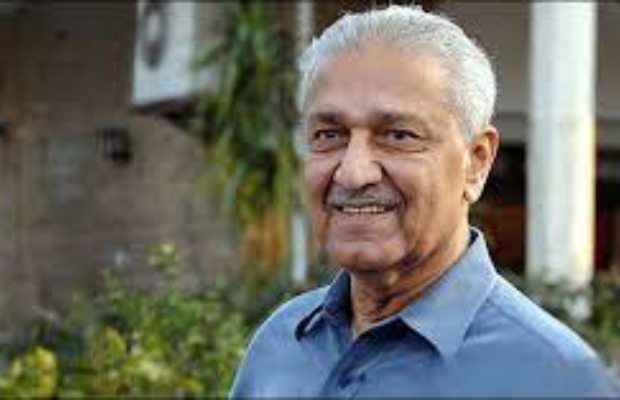 His Namaz-i-Janaza will be offered at Faisal Mosque in Islamabad.

Regarded as the father of Pakistan’s nuclear programme, Dr. Khan was brought to KRL hospital Sunday morning in an ambulance, at 6:00 am as his health deteriorated on Saturday night.

However, he couldn’t survive and he passed away at 7:04 am.

According to the attending doctors, Dr. Abdul Qadeer Khan passed away as his lungs collapsed.

Born in 1936 in Bhopal, India, Dr. Khan immigrated along with his family to Pakistan in 1947 after the partition of the subcontinent.

In 1967, Khan obtained an engineer’s degree from a university in the Netherlands and later joined the doctoral program in metallurgical engineering at a university in Belgium.

He became a national hero as well as in the Islamic world, when in May 1998 Pakistan conducted its nuclear tests.