The national hero had thanked the CM Sindh Murad Ali Shah for sending him a bouquet. 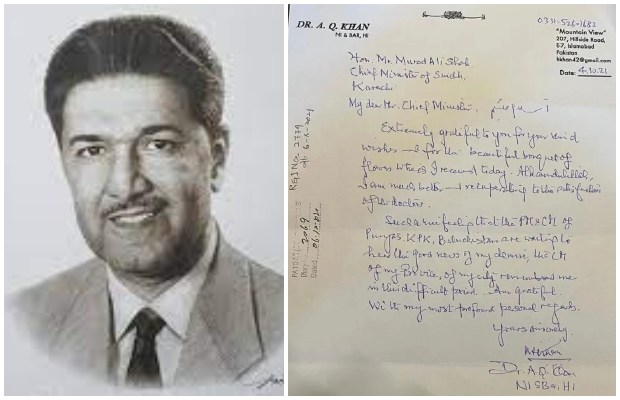 It emerges that Dr. Abdul Qadeer Khan had written a letter a few days before his death, to Sindh Chief Minister Murad Ali Shah on October 4.

The national hero had thanked the CM Sindh Murad Ali Shah for sending him a bouquet.

“Extremely grateful to you for your kind wishes and for the beautiful bouquet of flowers which I received today. Alhamdulillah, I am much better and recuperating to the satisfaction of the doctors,” Dr. AQ Khan’s letter read. In his letter, Dr. Khan also expressed a feeling that the Prime Minister and chief ministers of Khyber Pakhtunkhwa, Balochistan, and Punjab were “waiting to hear the good news” of his demise.”

Expressing that he was grateful, AQ Khan further wrote, “The CM of my province, of my city, remembered me in this difficult period.”

Mohsin e Pakistan was laid to rest in Islamabad with full state honours on Sunday afternoon.

Regarded as the father of Pakistan’s nuclear programme, Dr. Khan passed away on Oct. 10.

Earlier on Sunday, CM Sindh had travelled from Karachi to Islamabad to attend the funeral of our national hero.

While PM Imran Khan and no other chief minister had attended Dr. Khan’s funeral.

Apparently, all cabinet ministers, Speakers, and the Chairman senate were instructed by PM to attend the funeral. 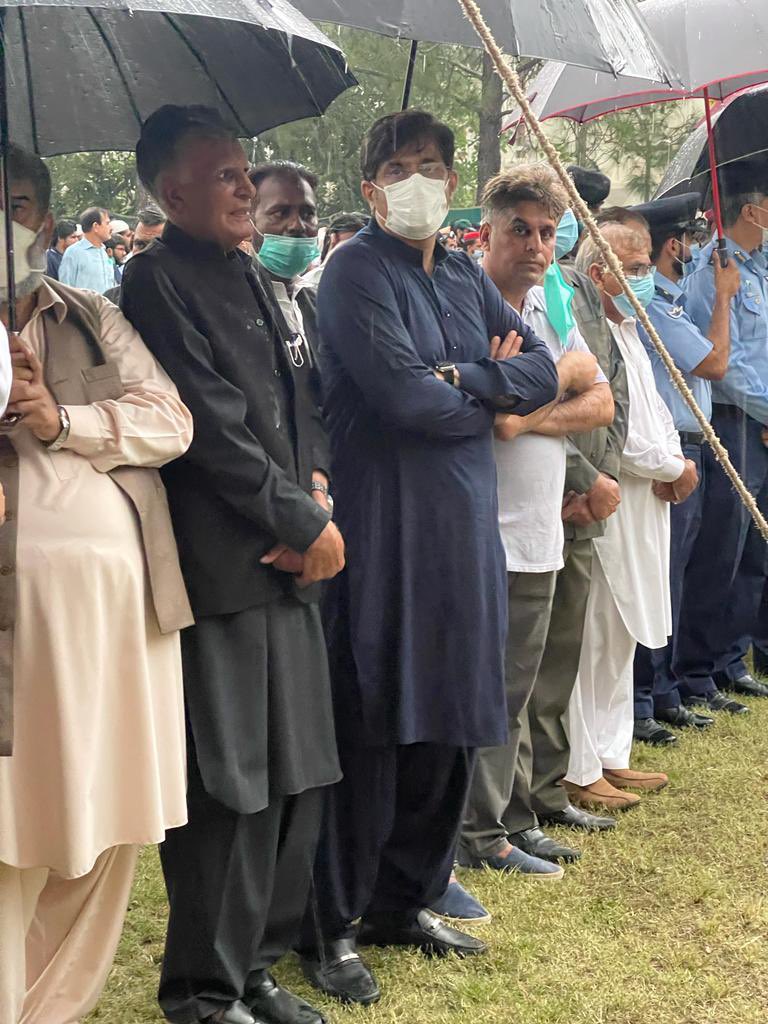 tweet
Share on FacebookShare on TwitterShare on PinterestShare on Reddit
Saman SiddiquiOctober 11, 2021
the authorSaman Siddiqui
Saman Siddiqui, A freelance journalist with a Master’s Degree in Mass Communication and MS in Peace and Conflict Studies. Associated with the media industry since 2006. Experience in various capacities including Program Host, Researcher, News Producer, Documentary Making, Voice Over, Content Writing Copy Editing, and Blogging, and currently associated with OyeYeah since 2018, working as an Editor.
All posts bySaman Siddiqui