Dr. Shahbaz Gill resigns from his position  of the spokesperson of Punjab Chief Minister Usman Buzdar, while Awn Chaudry, who was working as CM’s advisor, has been sacked on Friday, reports Geo News

“I hereby resign from the post of official spokesperson to CM Punjab”, Dr. Gill stated in a handwritten note of resignation addressed to the chief minister. 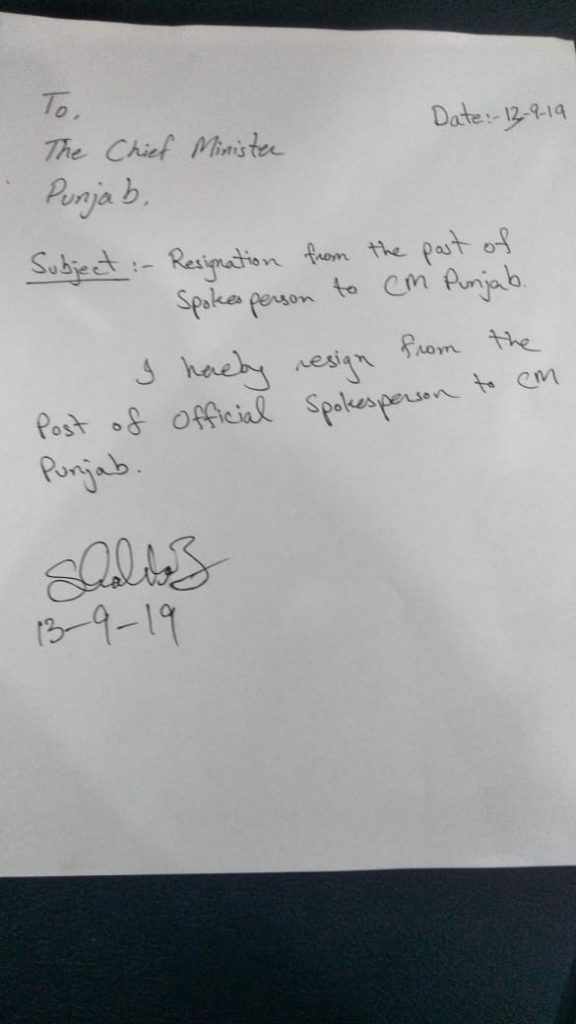 As being reported, Asif Mehmood has been appointed as CM Punjab’s Advisor on Tourism and Horticulture, notification has been issued in this regard.

This lasted development comes after Dr. Gill’s tweet. Who on Friday afternoon wrote on Twitter that he had taken an “important decision” in the morning today. “Will share with you soon”.

This morning took an important decision. Inshallah will share with you soon.

Its Friday the 13th, and a sudden turn of events in Punjab, which has left political analysts in frenzy!

What is go on in Punjab. Back to back sacking of one adviser and resignation of Punjab spokesman. Who is next ?

“We had sent written complaints against Shahbaz Gill. He was only projecting himself rather than representing the CM. Good riddance”. A PTI MPA on the recent development.

This morning took an important decision. Inshallah will share with you soon.