Drop Scene for PDM; Bilawal Bhutto resigns from the alliance

PPP CEC asks its members to resign from PDM 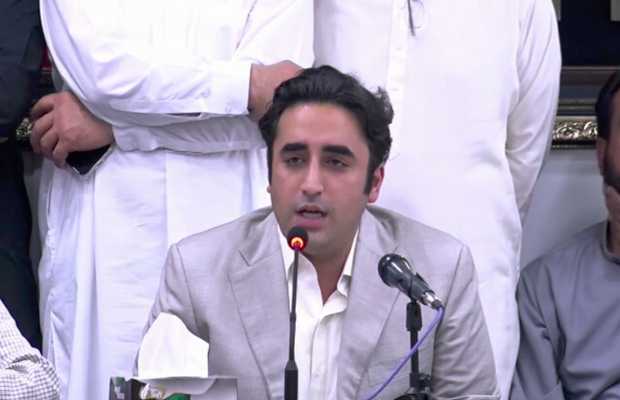 Bilawal Bhutto resigns from the alliance!

It’s a drop scene for the Pakistan Democratic Movement PDM as after ANP, PPP is also leaving the alliance.

Pakistan People Party (PPP) Chairman Bilawal Bhutto, addressing a press conference after the meeting of the central executive committee (CEC) of the party, made the announcement for resigning from all posts of the PDM in a protest to the issuance of show-cause notice.

PPP chairperson Bilawal Bhutto-Zardari said no party “should try and impose their will and dictation on any other political party”.

He said the CEC had rejected the show-cause notice issued to the PPP by other PDM parties and “directed all its office-bearers in the PDM to submit their resignations from these offices with immediate effect in protest of the attitude, conduct, and actions of other office-bearers of the PDM”.

“There’s no such thing as a show-cause notice in any democratic movement,” he said. “We believe in the politics of equality and respect. It’s very important that a working relationship persists between the opposition parties.”

“We will continue our opposition in real against the incumbent government and the people will get rid from this ‘selected’. We will not allow lawyer of late Benazir Bhutto’s assassins to become the opposition leader of the Senate,” he added.

He also demanded PDM issue an apology to the Awami National Party.

The PPP chairman also announced to run a campaign against the IMF deal during the holy month of Ramazan. He said that the deal will burden the poor segments of the society and “undermine the economic sovereignty of the country”.

Read More: DG ISPR offers tea to PDM if it marches to Rawalpindi

“The government’s decision to snatch the State Bank of Pakistan through an ordinance is unacceptable,” he said. This means that the bank will no longer be accountable to the country’s law or courts.

The chairperson added that if and when the ordinance is presented, the PPP will oppose it and go to court against it.