Law enforcement officials believe that the case pertaining to Dua's kidnapping may actually be a case of rigorous revenge. 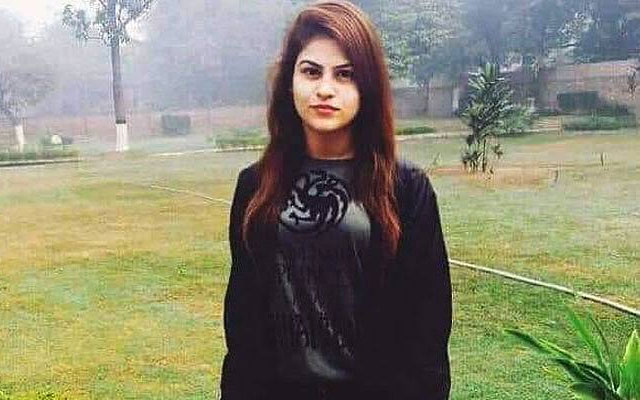 Police on Tuesday arrested two students in the case involving the kidnapping of law student Dua Mangi from Karachi’s Defence Housing Authority (DHA) area. However, they have failed to make any progress into tracing the whereabouts of the abducted girl.

According to details, following Dua Mangi’s abduction, a special taskforce has been carrying the investigations and operations, yet unsuccessful to trace the kidnappers’ vehicle.

Law enforcement officials believe that the case pertaining to Dua’s kidnapping may actually be a case of rigorous revenge.

The officials have now widened the scope of their search and have sought help from a unit of the Anti-Violent Crime Cell (AVCC) that specialises in kidnapping cases.

Meanwhile, Haris Fatah, who was walking along with Dua at the time of the incident and was shot by the kidnappers for putting up resistance, is still under treatment at the Aga Khan University Hospital.

According to sources, Dua’s father told the police that Dua had a fight with a boy named Muzafar 10 days ago and after a week she was abducted.

Earlier on Monday, police had come to the conclusion that the abductors have allegedly used a car that was snatched from Karachi’s PECHS area last week.

According to Station house officer (SHO) of Ferozabad Police Station Inspector Aurangzeb, the car that was snatched at gunpoint in PECHS Block 2  from a trader, Danial Javed, was assumed to have been used by Dua’s kidnappers.

Khattak added that four armed robbers had snatched Javed’s car — a Honda Civic (AJL-057) — at gunpoint from outside his residence and a first information report (FIR) was subsequently registered at Ferozabad Police Station.