Dua and her husband have been handed over to Karachi police. 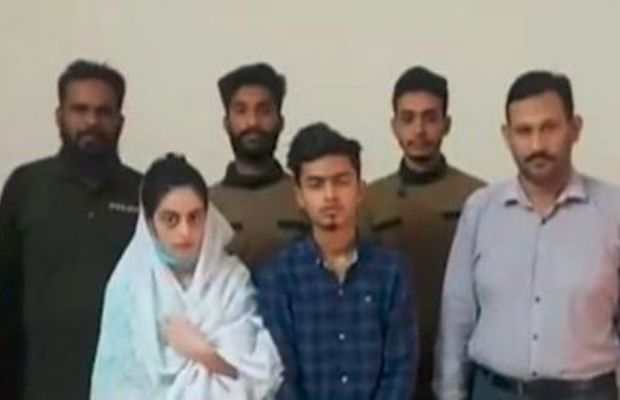 Dua Zehra has finally been recovered from Bahawalnagar!

The development comes on Sunday as the police raided a Christain area of Bahawalnagar and recovered Dua Zehra, after over one-and-half months since going missing from Karachi.

According to the Anti-Violent Crime Cell SSP Zubair Nazir Sheikh, Dua Zahra and her husband Zaheer Ahmed have been taken into protective custody.

As reported, the couple was recovered from a lawyer’s house by the CIA police.

The spokesperson for the Punjab police said that Dua Zahra and her husband, Zaheer Ahmed, have been sent to Karachi to further the case’s legal process.

He added that the court would decide with whom Dua would stay.

Earlier on Friday, the Sindh High Court ordered the Federal Investigation Agency (FIA) to trace the whereabouts of Dua Zehra.

The court also ordered the FIA to take measures to prevent the girl from going abroad.

SHC also ordered the National Database and Registration Authority (NADRA) and the State Bank of Pakistan (SBP) to block the national identity cards (NICs) of all suspects in the case thus freezing their bank accounts.

Dua Zahra, a 14-year-old girl had mysteriously gone missing from Karachi in April but later declared that she had run away from her home to marry 21-year-old Zaheer Ahmed.

tweet
Share on FacebookShare on TwitterShare on PinterestShare on Reddit
Saman SiddiquiJune 5, 2022
the authorSaman Siddiqui
Saman Siddiqui, A freelance journalist with a Master’s Degree in Mass Communication and MS in Peace and Conflict Studies. Associated with the media industry since 2006. Experience in various capacities including Program Host, Researcher, News Producer, Documentary Making, Voice Over, Content Writing Copy Editing, and Blogging, and currently associated with OyeYeah since 2018, working as an Editor.
All posts bySaman Siddiqui