Dua Zehra to be shifted to Karachi shelter home

The teenage girl who went missing from Karachi in April, would be presented before the SHC on July 25. 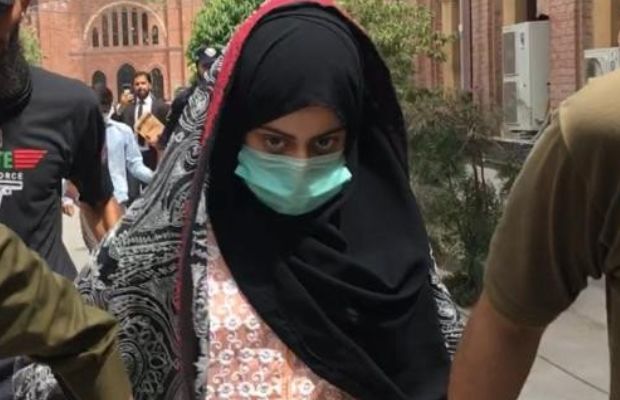 Dua Zehra is to be shifted to the Karachi shelter home!

The Lahore District Court which reserved its verdict earlier in the day has allowed shifting the teenager Dua Zehra to Karachi.

As reported, a team from Karachi has already landed in Lahore to take Dua Zehra to a shelter home in the provincial capital of Sindh, in accordance with the Sindh High Court (SHC) order.

Dua’s lawyer who filed a petition against the shifting of the teenage girl to Karachi, in the Judicial Magistrate District Court of Judge Rizwan Ahmad argued that Dua does not want to go back to Karachi.

He said before the court that Dua fears for her life.

He said he wanted to record her statement under 164 in the Lahore District Court.

Dua’s lawyer alleged that her father Mehdi Kazmi was exploiting his daughter for his financial benefit.

Ali Hassan Jafri advocate added that he has met Dua who made some other revelations.

He told the court that Dua’s original date of birth was April 27, 2006, and his clients wanted Dua’s ossification test Dua’s father was made a party to the case but he didn’t turn up.

On the other hand, Mehdi Kazmi’s lawyer contended that the Judicial Magistrate Court did not have the jurisdiction to pass an order for the ossification test.

He said that the case was sub judice in Karachi trial court and to hear another petition or take notice of it was tantamount to interfering in the jurisdiction of SHC.

Meanwhile, The police team appearing before the court told that they reached Lahore to take Dua Zehra’s custody as the girl would be presented before the SHC on July 25.

The session court on July 16 ordered to transfer of Dua Zehra to Dar-ul-Amaan in Lahore after the girl’s statement about her life being in danger.

The SHC had ordered the authorities to block the CNICs and bank accounts of the accused over the non-recovery of Dua Zahra.