The accused was apparently using a fake Facebook profile with the name Rony Singh to write inflammatory posts on the terrorist attack in New Zealand. 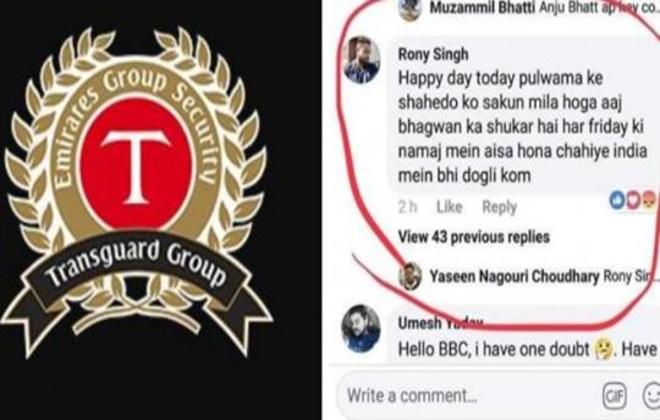 A Dubai based security company has reportedly fired an Indian National employee who wanted attacks like the Christchurch mosque in India. The person has also been deported from the United Arab Emirates (UAE), reports India Today.

The person had shared about his fanatic views on Facebook comments, he celebrated the terrorist attack at the two mosques of Christchurch, New Zealand, which claimed 50 innocents lives.

Though the post has been taken down from Facebook, screenshots are still being circulated on social media.

The security company, named Transguard, has confirmed this in a statement. Which reads, “This prompted an internal investigation, which uncovered the fact that the individual in question had been posting his views on social media under an assumed name”.

Once the security company verified the person’s actual identity, he was detained, stripped of his security credentials, terminated form his services and was handed over to relevant authorities.

“As of this statement, he has been deported by the UAE government”, the company’s statement further added.