Shamoon Abbasi’s Durj (The casket) which was earlier set for Oct 18, has been slapped with the ban by the censor board.

As being reported, the film was labeled for its inappropriate content, the subject of the film addresses a problem people don’t even know exist, hence it was banned by all censor boards.

While speaking with OY, Shamoon Abbasi shared that film was not banned by all censor boards. “It got cleared by Punjab and Sindh board, and suddenly revoked by federal not sure why, we are waiting for a proper answer”, he told.

“The trailers were cleared and they knew the subject of the film, Once the board issues a certificate it means it’s clear as per law”, he further added.

“It doesn’t make sense to mention the subject once the trailers were cleared and the film got clearance from other provincial boards”, Shamoon further added.

Over the allegation the film promotes cannibalism, Shamoon said, “We aren’t promoting cannibalism through this film we are discussing the mindsets of these people. Durj is originally a love story. We haven’t shown gore, blood, vulgar language, skin or anything like that”.

As the set release date for Pakistan approaching, Shamoon says, “We are working over it, hopefully, the matter will be sorted out”.

Prior to its Pakistan release, Durj made its debut at the Cannes Film festival, making Pakistan proud at the international forum. However, it’s really disappointing that the film is facing a ban in its originating country. Even if the general audience is ready to watch films covering controversial topics, authorities aren’t. Film making has never been easy in the country. 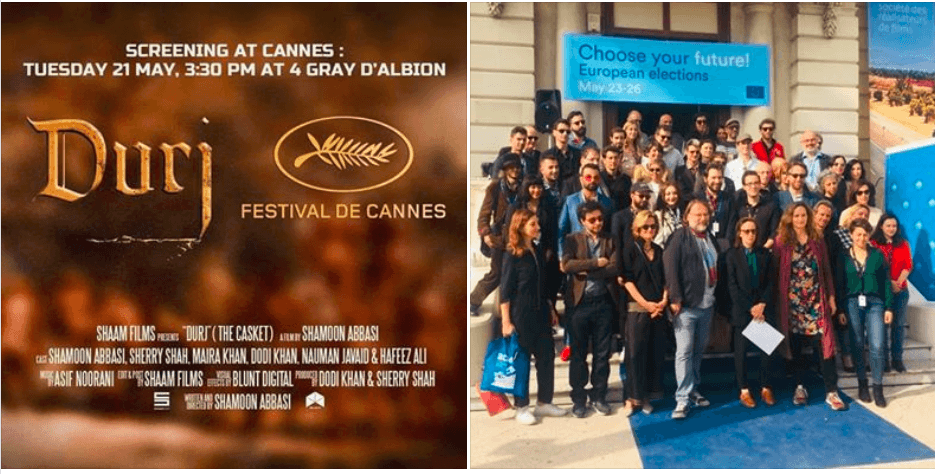 Durj will be released internationally as per the schedule, which is 11 of October. The film is all lined up for its release in UAE, Norway, Denmark, USA, Canada, and the UK.

Durj reflects over the life of two cannibal brothers who were caught red-handed in 2011 while consuming the flesh of corpses in a graveyard. However, these brothers were freed in the next few years – due to lack of laws on cannibalism – the horrific tale still lived. Shamoon, who had earlier faced unsupportive behavior from the distributors in Pakistan due to film’s out of the blue genre, had then chosen to work on an international release.