The couple started dating in 2007. 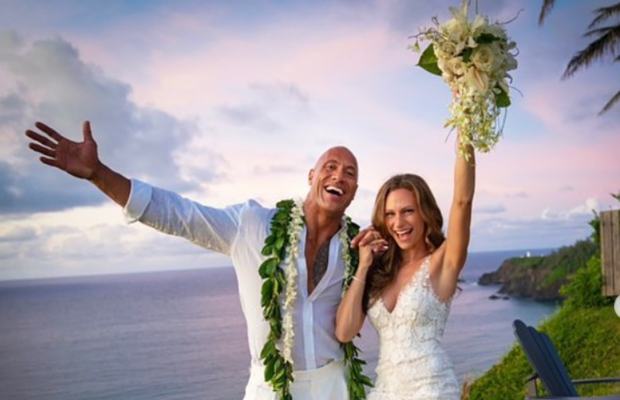 Dwayne Johnson aka the Rock has married his longtime girlfriend Lauren Hashian in Hawaii on Sunday. The wedding is reported to be a secret and private affair.

The former WWE Superstar made the announcement public by sharing the news on his social media, leaving his 154 million followers on Instagram surprised.

The 47-year-old, Rock shared the happy news on his Instagram on Monday morning, by posting a couple of photos of the newlyweds with a caption, “We do. August 18th, 2019. Hawaii. Pōmaikaʻi (blessed).”

Both the bride and groom were dressed in whites. Hashian, 34, wore a white lace full-length gown and veil, while Johnson was dressed in a white buttoned-down shirt, showing off his infamous chest tattoo.

The couple has been together since 2007 and share daughters Tiana, 1, and Jasmine, 3.

Happy Mama’s Day to my incredible woman @laurenhashianofficial who’s the anchor of our blessed family. I always say, if you got a good mom then you have real shot at life to becoming a good human being. As a father and man, I find the greatest peace and gratitude in knowing our baby girls here, Jazzy & Tia have this incredible woman’s motherly love. These little nuggets have a real shot. Daddy’s bringing the tequila home so get ready cuz we gonna make some more babies tonight 😉🥃 HMDB x

Thy first met in 2006 on the sets of Johnson’s film ‘The Game Plan’ when he was already married to Dany Garcia.