A 6.1-magnitude earthquake struck parts of Punjab and Khyber Pakhtunkhwa in the wee hours of Wednesday 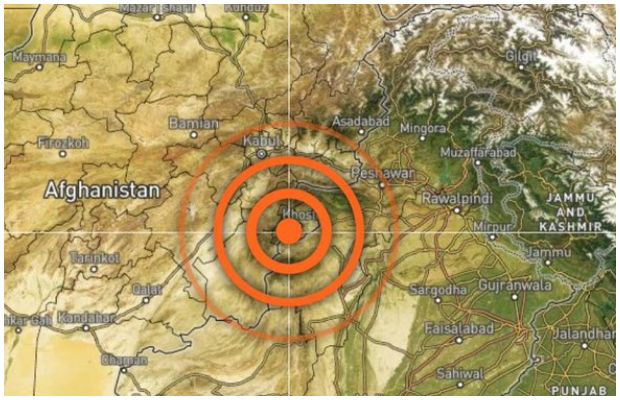 A 6.1-magnitude earthquake jolted parts of Punjab and Khyber Pakhtunkhwa in the wee hours of Wednesday.

According to the Pakistan Meteorological Department’s National Seismic Monitoring Centre, the magnitude of the earthquake was measured at 6.1 on the Richter Scale.

It was earlier reported that a magnitude 6.0 earthquake struck Southeastern Afghanistan.

The tremors of the massive earthquake were felt in the region including Kabul, Northern areas of Pakistan including the federal capital Islamabad.

Preliminary reports suggested that the epicenter of the earthquake was 21KM South West of Khost, near the Afghanistan-Pakistan border.

This is a developing story however, reactions are pouring in on the Twitter timeline.

tweet
Share on FacebookShare on TwitterShare on PinterestShare on Reddit
Saman SiddiquiJune 22, 2022
the authorSaman Siddiqui
Saman Siddiqui, A freelance journalist with a Master’s Degree in Mass Communication and MS in Peace and Conflict Studies. Associated with the media industry since 2006. Experience in various capacities including Program Host, Researcher, News Producer, Documentary Making, Voice Over, Content Writing Copy Editing, and Blogging, and currently associated with OyeYeah since 2018, working as an Editor.
All posts bySaman Siddiqui