The number of casulites feared to rise 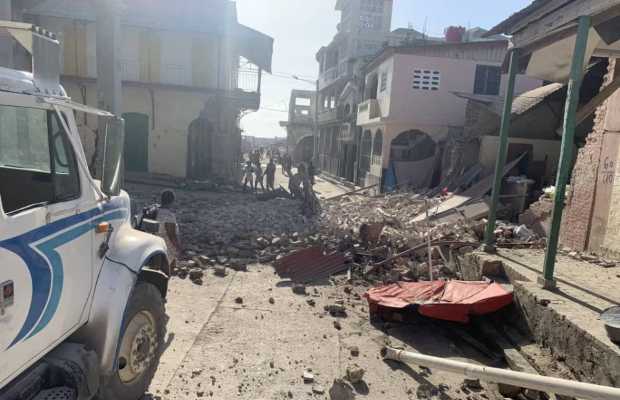 As being reported, a huge magnitude 7.2 earthquake struck western Haiti, sending shock waves across the Caribbean.

The epicenter of the quake was 12 kilometers (7.5 miles) northeast Saint-Louis du Sud.

Many people are reported to have fled their homes for fear that buildings might collapse, and sparking a regional tsunami warning.

As per the reports, the impact of the earthquake could be stronger than the disaster that hit the country in 2010.

According to  US Geological Survey, the magnitude 7 earthquake quake struck 8 km from the town of Petit Trou de Nippes, about 150 km west of the capital Port-au-Prince, at a depth of 10 km.

A series of smaller aftershocks continued to shake the island after the original quake, USGS reported.

Scenes of destruction are emerging on social media from the affected areas.

Some photos emerging from the South of Haiti this morning where a major earthquake struck. Prayers for people in the towns of Les Cayes, Jacmel, Jérémie. pic.twitter.com/2wTpJPoUOv