Recounting will be done on May 6 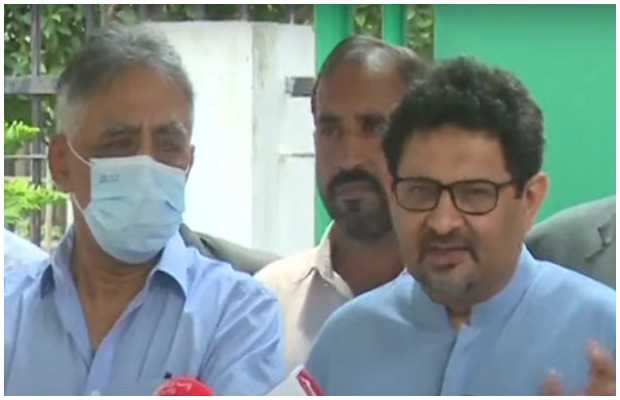 The Election Commission of Pakistan (ECP) on Tuesday has accepted the application of PML-N candidate Miftah Ismail for votes recount in NA-249.

ECP has directed all the political parties to reach the office of Returning Officer on Thursday, 6 May at 9:00 am where the recounting would be held.

A four-member bench headed by the CEC heard Miftah Ismail’s request for a recount, in which Latif Khosa from PPP and Salman Akram Raja from PML-N argued.

During the hearing, PML-N lawyer Salman Akram Raja presented Form 45 to the commission and said that under the law, a signed Form 45 must be given to every polling agent.

“At 167 polling stations, Form 45 was not signed by any polling agent. Not a single Form 46 has been issued to us and none of them were signed. Something happened with Form 45 and Form 46 after polling ended.”

Talking to the media after the hearing, PML-N candidate Miftah Ismail said that they had not been given a single Form 46

Miftah Ismail in a letter written to Chief Election Commissioner Sikandar Sultan Raja, sought a vote recount in NA-249 after he lost the poll by 683 votes.

Talking to the media after the hearing, PML-N candidate Miftah Ismail said that they had not been given a single Form 46.

On the other hand, PPP candidate Qadir Mandokhel said that he would definitely win in the votes recount.