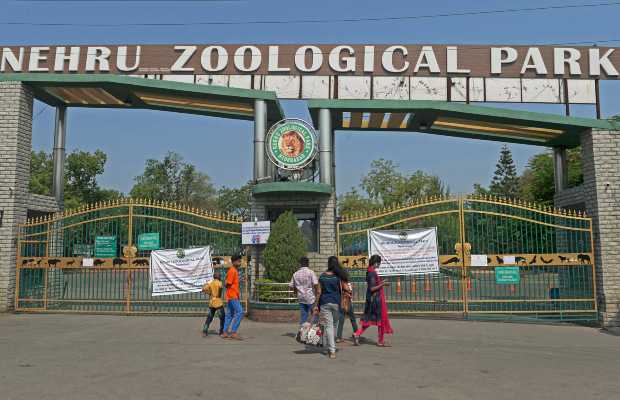 Eight lions in India’s Hyderabad zoo contract COVID-19!  This is the first case of lions in India testing positive for coronavirus.

As being reported, eight Asiatic lions – four males and four females -at the Nehru Zoological Park have contracted the coronavirus, after which the park has been closed.

Zoo authorities had shared samples with a government research laboratory on 24 March, after the lions showed signs of respiratory distress.

The confirmation of news was made by the Centre for Cellular and Molecular Biology (CCMB.

“We were told almost a week ago about lions displaying mild symptoms,” CCMB director Rakesh Mishra told a news outlet.

“After we conducted RT-PCR tests, it was confirmed that eight of them are positive. We also did genome sequencing to find out if the strain came from human beings. The report suggests that the virus might have first infected the animals’ caregivers and was later transmitted to the lions.”

“We have given medical treatment and instructions to the zoo officials on how to take care of the animals and to make sure other animals don’t get infected with the virus. We are in continuous communication with the officials and we have been told that the lions are responding well to the medication,” he further added.

While the Indian government in a statement issued on Tuesday said that there was no evidence that animals could transmit the disease to humans.

“Based on experience with zoo animals elsewhere in the world that have experienced Sars-CoV-2 positive last year, there is no factual evidence that animals can transmit the disease to humans any further,” the Ministry of Environment, Forest, and Climate Change said.