GoT also gets a prequel announced by HBO 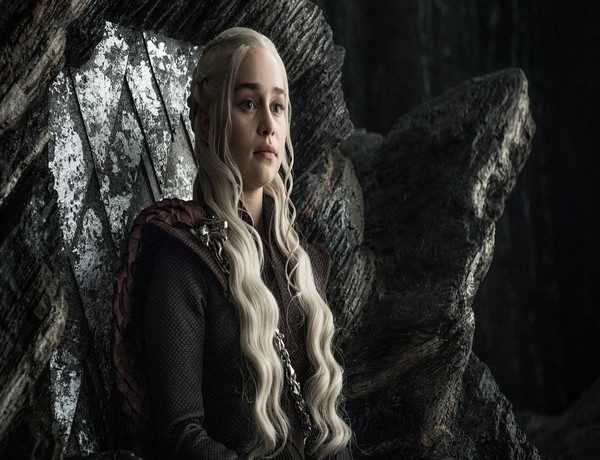 31year old British actress Emilia Clarke who has gained international fame from HBO’s award winning TV series Game of Thrones took to Instagram to say an emotional goodbye to the show after visiting the fantasy drama set for the last time.

Posting a picture of herself laid down against some flowers, Mother of Dragon’s Daenerys Targaryen wrote a bittersweet farewell note saying, “Hopped on a boat to an island to say goodbye to the land that has been my home away from home for almost a decade. It’s been a trip @gameofthrones thank you for the life I never dreamed I’d be able to live and the family I’ll never stop missing #lastseasonitis.”

The eighth and final season of HBO’s hit series is expected to go on air in early 2019.

And good news for the fans of the series which might save them from getting disheartened, as it was announced recently by HBO that it is moving ahead with a prequel for its international hit television series.

As yet reported to be untitled, the prequel is said to be set “thousands of years before the events of Game of Thones”, which was based on George R.R. Martin’s bestselling book series A Song of Ice and Fire.

The prequel has been created by British screenwriter Jane Goldman with author George R R Martin, who will be serving as the executive producer. The series is reported to chronicle around the world’s descent from the golden Age of Heroes into its darkest hour. And will also look at the secrets of the history of the warring families in the fictional kingdom of Westeros.
It is also being reported that the pilot has already been ordered for the prequel.

HBO has greenlit the first of the GoT successor shows, scripted by the amazing Jane Goldman. To clarify, what we have here is a pilot order, not as yet a series order. Everybody else has already broken the news, but you can follow the link to read on https://t.co/lpP5KmQkMI pic.twitter.com/72WdHBtaYM

tweet
Share on FacebookShare on TwitterShare on PinterestShare on Reddit
Saman SiddiquiJune 25, 2018
the authorSaman Siddiqui
Saman Siddiqui, A freelance journalist with a Master’s Degree in Mass Communication and MS in Peace and Conflict Studies. Associated with the media industry since 2006. Experience in various capacities including Program Host, Researcher, News Producer, Documentary Making, Voice Over, Content Writing Copy Editing, and Blogging, and currently associated with OyeYeah since 2018, working as an Editor.
All posts bySaman Siddiqui