Erdogan announced on Twitter that Turkey fully stands by Azerbaijan 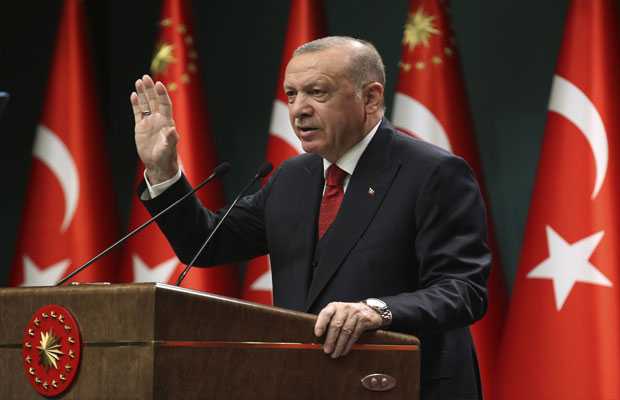 Turkey has vowed complete support for Azerbaijan amid Armenia’s latest violations in occupied Nagorno-Karabakh region and called on Armenia to give up its “aggression”. Turkish President Recep Tayyib Erdogan termed Armenia as the biggest threat to regional peace on Sunday.

Erdogan announced on Twitter that Turkey fully stands by Azerbaijan, and lamented the international community’s “double standards” by not condemning Armenian aggression.

“The Turkish people will support our Azerbaijani brothers with all our means as always,” Turkish President Recep Tayyip Erdogan tweeted.

Relations between the two former Soviet republics have been tensed since 1991 when Armenian military occupied the Upper Karabakh, or Nagorno-Karabakh region, an internationally recognized territory of Azerbaijan.

Clashes in the region flared up again on Sept. 21 when an Azerbaijani soldier was martyred, and another injured, reports said.

Multiple UN resolutions demand the withdrawal of the occupational forces.

The OSCE Minsk Group — co-chaired by France, Russia and the US — was formed in 1992 to find a peaceful solution to the conflict, but to no avail. A cease-fire, however, was agreed in 1994.

The Turkish president said Turkey will continue its solidarity with Azerbaijan, urging the global community to stand by the latter.