After banning PIA, EU requests Pakistan Airlines to evacuate its employees from Afghanistan

Those who banned PIA are are now seeking assistance from the same airline: Fawad Chaudhry 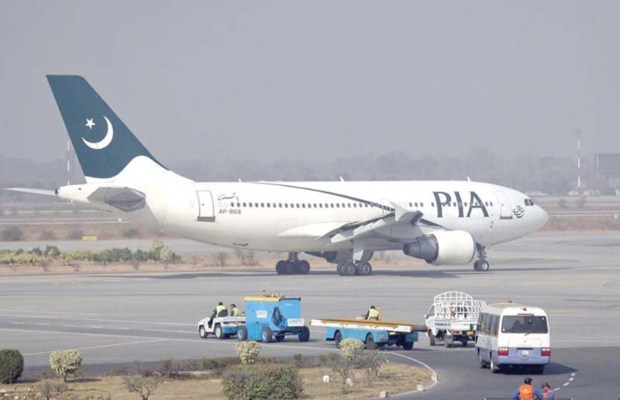 After banning PIA, the EU requests Pakistan Airlines to evacuate its employees from Afghanistan!

The European Union officials have requested evacuation support from Pakistani authorities as the window for airlifting is narrowing down at the Kabul Airport amid the crisis in Afghanistan.

However, the majority of EU personnel has already fled the country after the Taliban takeover and deteriorating security situation.

Information Minister Fawad Chaudhry on Saturday said that those who banned Pakistan International Airlines (PIA) are now seeking assistance from the same airline for the evacuation of their people from the neighbouring country.

Addressing a press conference in Karachi, the minister said that Pakistan had so far evacuated more than 4,400 people from Afghanistan and of them, PIA alone brought over 2,000 people to the country.

“Apart from that, as many as 27,000 people arrived into Pakistan from the Chaman border and some from the Torkham border,” he added.

“We will give our complete support to Afghanistan and it can only become stable if their institutions are intact.”

tweet
Share on FacebookShare on TwitterShare on PinterestShare on Reddit
Saman SiddiquiAugust 28, 2021
the authorSaman Siddiqui
Saman Siddiqui, A freelance journalist with a Master’s Degree in Mass Communication and MS in Peace and Conflict Studies. Associated with the media industry since 2006. Experience in various capacities including Program Host, Researcher, News Producer, Documentary Making, Voice Over, Content Writing Copy Editing, and Blogging, and currently associated with OyeYeah since 2018, working as an Editor.
All posts bySaman Siddiqui