The South of France is predicted to have a high of 45C. 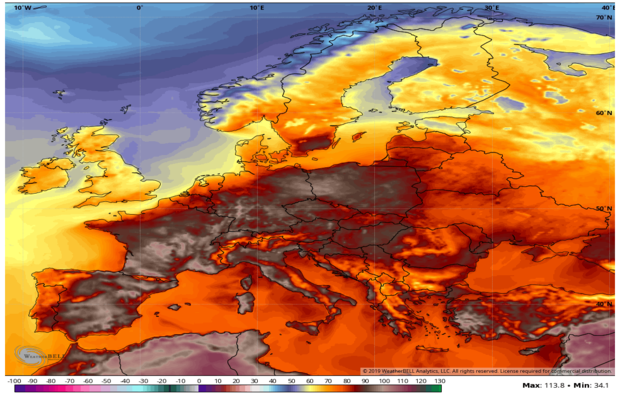 The sun’s getting hotter and hotter every summer and it look likes that not just the Middle-east is experiencing a record-breaking heatwave this year round but also Europe, as BBC reports, is set to swelter in ‘record-breaking heat’ in the next few days, as the African air is being pulled as far as north as the UK.

The South of France is predicted to have a high of 45C, breaking the all-time current record of 44.1C. BBC weather presenter Susan Powell said:

“The forecast is all about the heat for Europe in the next few days, potentially record-breaking heat across parts of western Europe as we tap into the air all the way from northern Africa. Getting pulled up ahead an area of low pressure which will get stalled out in the Atlantic. High pressure starts to build, we lose the rain and we tap into that southerly airflow carrying the warm air as far north as the UK.” 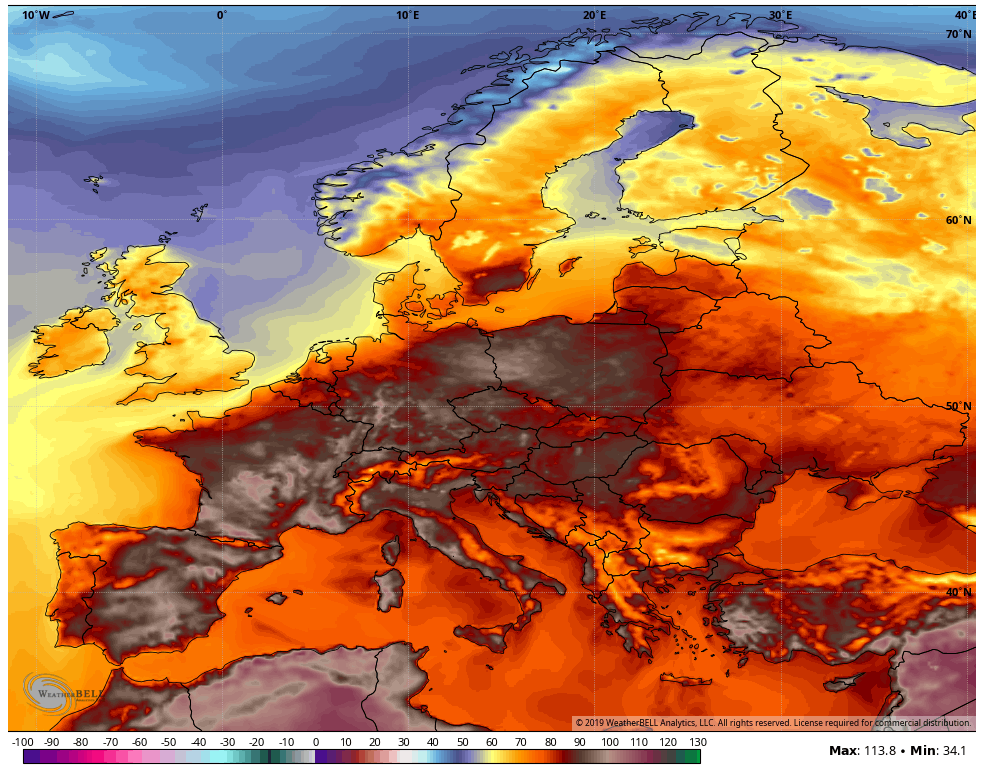 Weather forest for the middle for the week shows a bit more cold across London on Wednesday, but by Thursday the heat will begin to drive its way to the north. Thursday may potentially experience the peak of the heat through the South of France with at least 44C if not 45C. 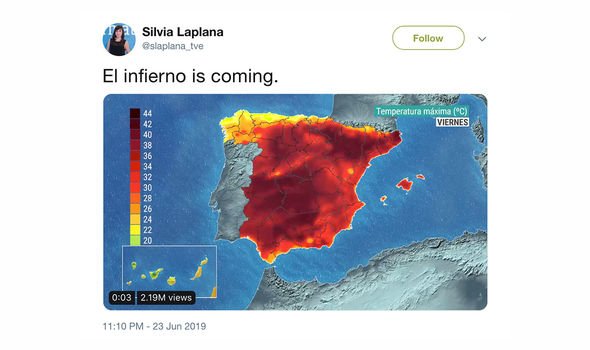 Meanwhile, the weather stays pleasant in the UK, where the temperatures are reaching possibly highs if the 20s, with the sun shining above. However, there still some thunderstorms through Tuesday morning and across parts of the south, particularly up into north Wales there is some heavy rain.