India has evacuated its ambassador and all other diplomats from Afghanistan on Tuesday. 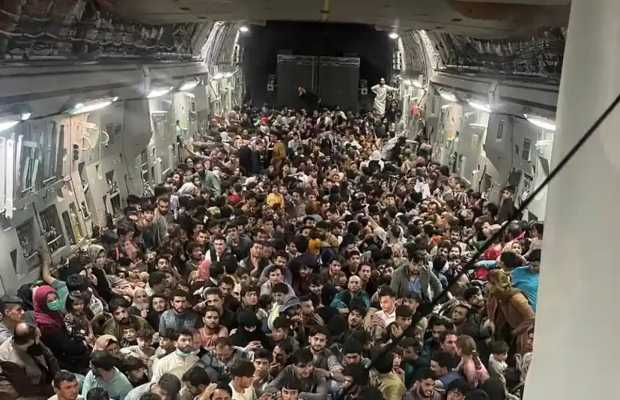 More than 2,200 diplomats and other civilians have been evacuated from Afghanistan on military flights, a Western security official told Reuters on Wednesday.

The Hamid Karzai International Airport “is open and flights are able to land and depart, including on the civilian side,” a White House official said Tuesday.

The Taliban have informed us that they are prepared to provide the safe passage of civilians to the airport, and we intend to hold them to that commitment,” Sullivan said.

Sullivan at the White House news briefing said that the United States believes the Kabul evacuation can go until August 31 and it is talking to the Taliban about the exact timetable.

The United States and Western allies have been scrambling to evacuate diplomats and civilians after Taliban forces swept back into power, with thousands of Americans still in the country.

White House spokeswoman Jan Psaki says there are about 11,000 people in Afghanistan who have identified themselves as Americans.

Meanwhile, the officials did not share a breakdown of how many Afghans were among the more than 2,200 people to leave.

It was also made clear if that tally included more than 600 Afghan men, women, and children who flew out of Kabul on Sunday, crammed into a US military C-17 cargo aircraft.

Afghanistan’s security situation has been fluid after the Taliban took control and President Ashraf Ghani fled the country.

In the past few days, thousands of desperate Afghans have raced to the airport in a frantic attempt to flee.

In the latest evacuations after the Taliban take hold of Kabul, India has evacuated its ambassador and all other diplomats from Afghanistan on Tuesday.

According to the Indian Foreign Ministry, its ambassador and all other diplomats were flown out in a special military flight on Tuesday to the Hindon airbase near Delhi.

The aircraft was carrying around 150 people, including diplomats, officials, security personnel, and some stranded Indians.