Ex-Pakistan Air Force officer, Muhammad Rafiq has saved this world from another Christchurch terror attack, when he tackled and held down a fully armed white supremacist terrorist attack on a mosque in Oslo on Saturday, 10th of August.

65-years-old Muhammad Rafiq apprehended the 21-years-old shooter who opened fire at the Al-Noor Islamic Centre in Baerum, west of the capital of Norway, Oslo.

A video is being shared by a news website on social media, in which Mohammad Rafiq demonstrated how the shooter entered from the side door and opened fire. Rafiq pounced on him, locked him with his arms around the shooter and threw his weapons

Meet Mohammad Rafiq, a former air force officer in Pakistan who tackled the gunman who fired shots into a mosque in Baerum, Norway. https://t.co/RcYtkGC3Q0 pic.twitter.com/2W35o4YzNy

The suspected gunman, Philip Manshaus, 21, accused of an attempted terrorist attack at the mosque appeared before the court in Norway with two black eyes. 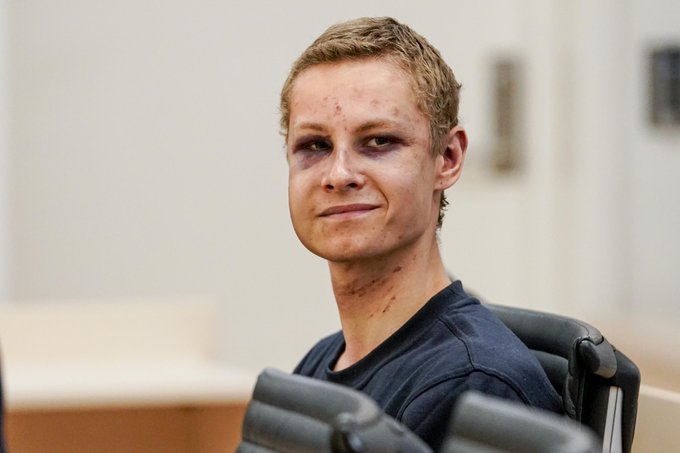 Reportedly his facial bruising was sustained in the desperate fight inside the mosque as Mohamed Rafiq managed to disarm the assailant as he begun to fire his weapon.

The accused is also alleged to have killed his teenage stepsister before targeting the Al-Noor Islamic Centre in the Oslo suburb of Baerum.

Reportedly, prosecutors have now asked for him to be held on terror charges for four weeks.

Accordingto the police, Manshaus had hoped to kill with reports suggesting he had entered the building with at least two rifles and wearing body armour.

Not all superheroes wear a cape! Social media users are hailing Muhammad Rafiq as a hero for seizing the attacker, taking his weapons from him and saving many precious lives.

Muhammad Rafiq, 65, stopped an attempted mass shooting at his mosque in Norway, yesterday. Not sure if these news will travel outside Scandinavia, so mentioning it here. Respect to this man, but also a sober reminder of how dangerous white nationalism has become. pic.twitter.com/LoTzjjtKGA

💪🏿Pakistani👉65yrs Old man stopped an alleged gunman from attacking a mosque in #Norway by wrestling him to the ground & pulling his guns away.M Rafiq is a retired Air Force officer from 🇵🇰.The attempted attack is being investigated as possible terrorism. #NorwayMosqueShooting pic.twitter.com/Ie6Z8Dm1AM

Not all superheroes are beardless, young, wear fancy costumes and caps. Some are old, bearded, strong, brave and wear Desi Turbans.

Humans like Muhammad Rafiq are the real superheroes who can make this world a worth-living place. SALUTE SIR !!
#NorwayMosqueShooting pic.twitter.com/9azjemWla1