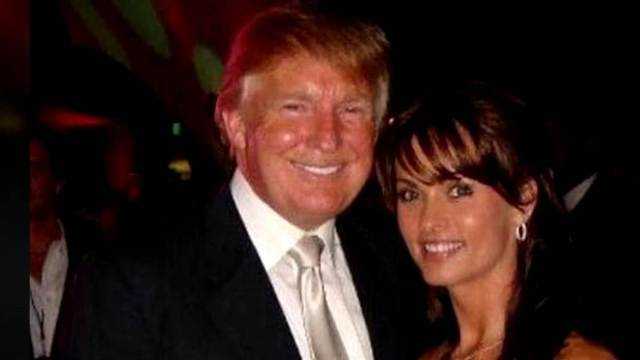 Former Playboy model Karen McDougal claims to have had a 10 month affair with U.S. President Donald Trump s dated back in 2006. Karen made the revelation in an interview broadcast in CNN’S Anderson Cooper 360, also admitting that she was in love with Trump.

McDougal told CNN that she was speaking publicly now because she wanted to share her story as everybody else was talking about it. According to Karen, their relationship had started after his wife Melania gave birth to their son Barron.

McDougal also revealed that she cried on the way home after Trump offered her money during their first encounter. She also apologized to the president’s wife Melania for the alleged affair, saying: “I’m sorry. I wouldn’t want it done to me.”

Karen McDougal revealed she met Trump at the Playboy Mansion during filming of “Celebrity Apprentice,” a TV series in which he starred. “I was attracted to him. He’s a nice looking man. I liked his charisma,” she further added revealing the details of intimate meetings and locations.

In a statement The White House has said that Trump denies having an affair with McDougal.

This was Karen McDougal’s first interview since suing American Media Inc, which owns The National Enquirer, earlier this week to be released from an agreement giving it exclusive rights to her story about the alleged affair.

While the alleged affair dates to 2006, the agreement was only made in 2016, when Trump was running for the presidency. This means, further legal problems could mount for U.S President, formerly 2 females have already taken legal action against him for similar allegations.