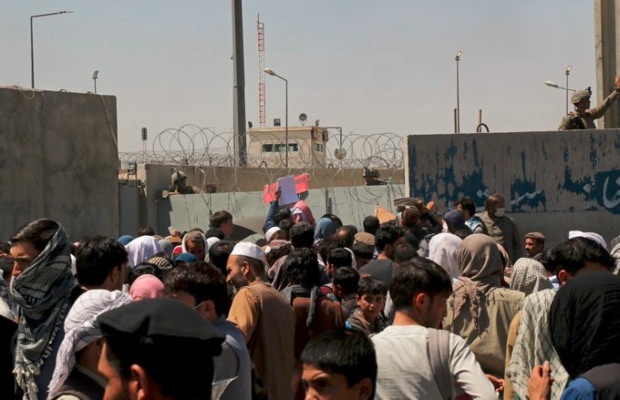 An explosion outside the Kabul airport has been reported on Thursday, after security threats.

The Pentagon on Thursday confirmed reports of an explosion near Hamid Karzai International Airport in Kabul.

At least 13 people were killed, including children, and many Taliban guards were wounded in a blast outside Kabul airport, a Taliban official said.

Children are among those killed and Taliban guards have been wounded, the spokesperson said.

The explosion at the airport is reported to have also wounded three US troops.

Western forces are rushing to evacuate as many people as possible out of the county at the site after the Taliban’s taking control of Afghanistan.

The development comes after the U.S. Embassy in Afghanistan issued a security alert urging Americans to avoid traveling to Kabul airport.

“U.S. citizens who are at the Abbey Gate, East Gate, or North Gate now should leave immediately,” the alert said.

As being reported, in the last 24 hours, Western forces evacuated 13,400 people out of Kabul on 91 military cargo aircraft flights. Since the mass evacuations began on Aug. 14, approximately 95,700 people have been airlifted out of Afghanistan.

About 101,300 people have been evacuated since the end of July, including about 4,500 U.S. citizens and their families.