Faisal Edhi denies sexual harassment allegations made against him 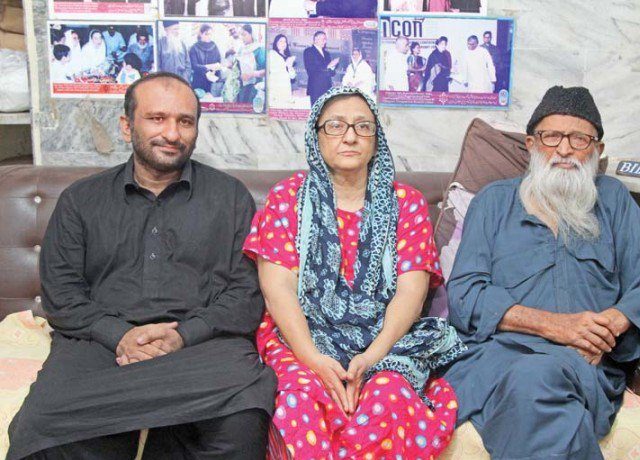 Faisal Edhi, son of late humanitarian Abdul Sattar Edhi and chairman of Edhi Foundation has been accused of sexual harassment by Urooj Zia, a former reporter at The News.

She took to Twitter and claimed that she met Faisal when she was either 22 or 23 years of age. “To date, my husband is the only person I’ve told this to, but it is time for folks to know. Am I worried about backlash? Yes. Do I have the spoons for nonsense? No. But like I said, it needs to be told now.”

Since this is all coming out, #MeToo too many times than I can count, but this one is about Faisal Edhi, Abdus Sattar Edhi's son – the guy heading the Edhi Foundation now.

Urooj mentioned how she was supposedly harassed by Faisal Edhi when she went to meet him on behalf of the communist party she was a member of.

“I was a reporter at The News, office on Chundrigar Road, about 5 minutes drive from the Edhi Center at Merewether Tower,” she posted. “I went to the Edhi Center at around 6 p.m to meet with Faisal Edhi on behalf of the Party. Faisal was civil during the meeting, we discussed how we could work together, etc, I was professional, he was too. When I was leaving, he asked me how I was going to get to work. I said that I’d probably take a taxi or a rickshaw, or I’d walk, it would take only about 15 mins.”

in that same vein. I was gobsmacked, and not in a good way. He said that Party funding and assistance would be withdrawn if I didn't want to be "friends" with him. I hung up, retched violently, and went to the restroom and threw up.

This was a married man. With kids. Much

Faisal, however, denied all claims of harassment made by Urooj. “It’s a fake story,” he exclusively told The Express Tribune. “I don’t even know the girl. And I don’t even recall meeting her.”

He added that she’s mentally disturbed. “She made similar claims regarding her father as well in 2014, according to my resources.”

“This is all a tactic to defame the Edhi Foundation,” he concluded.