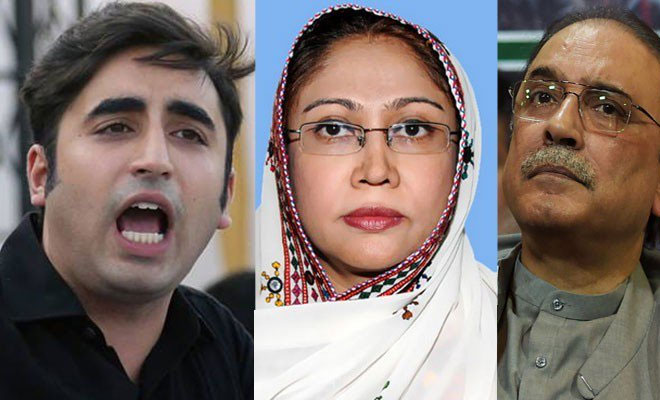 The development comes a day after the federal cabinet decided to put 172 suspects, including senior PPP leaders on the ECL for their involvement in money laundering and fake bank account case.

Federal Minister for Information Fawad Chaudhry on Thursday announced that the government will place the names of all 172 people named in the Joint Investigation Team (JIT) report on the ECL.

Addressing media in the federal capital, the minister said that the names of former president Asif Zardari and all other people named in the JIT will be placed on ECL.

“These people (named in the JIT) used power to launder billions of rupees so we have decided to put all of them on ECL for it was taxpayers’ money which was looted,” said Chaudhry.

“It is ridiculous how these people are calling for people to protest over this “alleged injustice” for they looted their money.

“How can they ask people of Sindh to protest for them after looting their money,” said the minister.