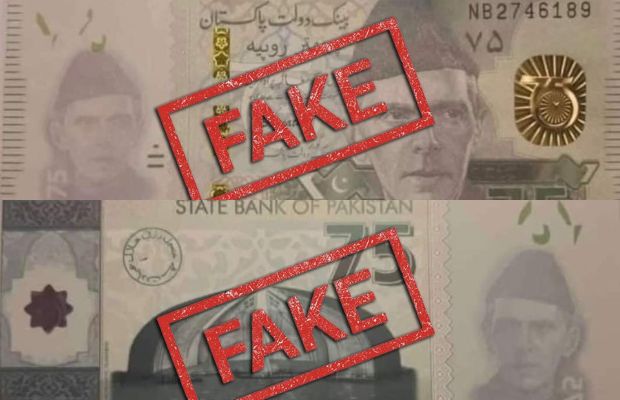 State Bank of Pakistan (SBP) has refuted claims circulating on social media regarding a commemorative banknote issued on the occasion of the 75th Independence Day of the country.

Friday saw reports circulating on social media claiming the design of a banknote of Rs75 has been finalized.

However, SBP clarified that the design circulating on various social media platforms is fake.

#SBP clarifies that the design circulating on various social media platforms regarding commemorative banknote to be issued on the 75th independence day of Pakistan is Fake. pic.twitter.com/kI38Xs0RTN

According to the Finance Ministry, the State Bank will indeed issue notes to mark the 75th independence day.

But the design of the note has just not been finalized yet!