Pakistan opening batsman Fakhar Zaman has been conferred the honorary rank of ‘Lieutenant’ in Pakistan Navy on Monday in appreciation for his services to the country.

This is for the first time in Pakistan that a national sportsman is conferred an honorary rank by the country’s armed forces. 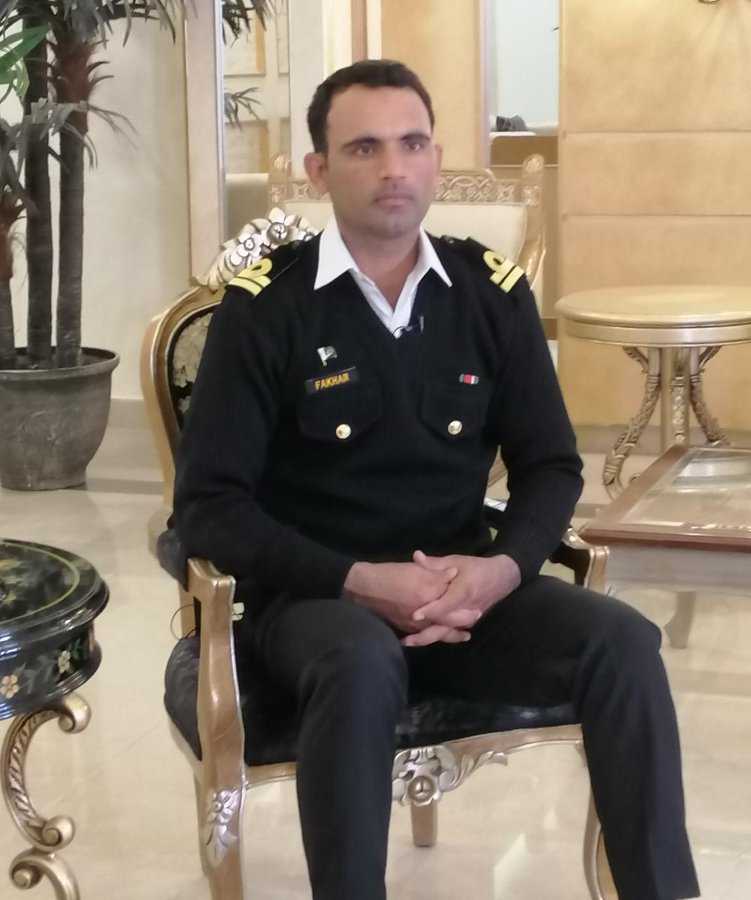 The historic ceremony was held at the Naval headquarters with the Chief of Naval Staff Muhammad Amjad Khan Niazi in attendance as the chief guest.

The ceremony was also attended by military and civilian officials and PCB officials, as well as former cricketers and Fakhar’s family.

Director General Public Relations (DGPR) in a statement said that the hard-hitting opener represented the Pakistan Navy in the International Defense Cricket Challenge Cup held in Australia in 2012 and was named best player of the tournament.

Chief of Naval Staff Muhammad Amjad Khan Niazi congratulated Zaman and his family.  While addressing the ceremony he said that Pakistan Navy is playing its role in promoting different sports.

He added that the navy will keep supporting players in the future as well.

Fakhar Zaman joined @PakistanNavy in 2007 & started his cricket career in 2012 while he was serving in PN. Due to his extraordinary cricket skills; #PakNavy provided him opportunity to continue his professional career.(2/3) @TheRealPCB @FakharZamanLive @mdk_gul @TheRealPCBMedia

Before joining cricket, in 2007, Fakhar Zaman served the Navy as a sailor after receiving his schooling and training at sea from the Pakistan Navy School, Bahadur.

That is the reason why his teammates call him the nickname Fouji (Soldier).