Farrukhi was a diabetic patient and had been ill for the past few days, as reported. 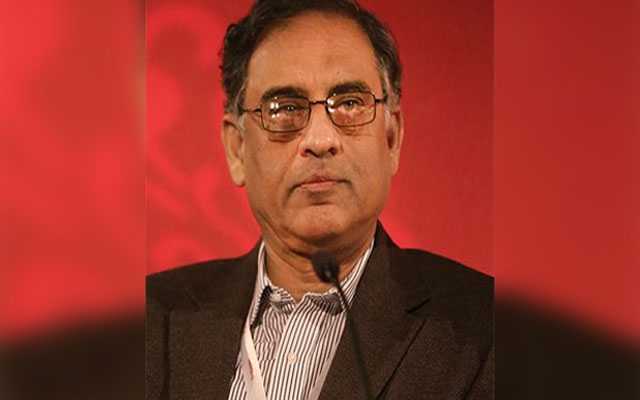 Pakistan’s famous fiction writer, literary critic and educationist, Dr Asif Farrukhi has passed away in Karachi on Monday. He was 60.

Farrukhi was a diabetic patient and had been ill for the past few days, as reported.

He was a public health physician by training, the professor of practice and the director of the Arzu Centre for Regional Languages and Humanities at Habib University.

Indeed we belong to Allah, and indeed to Him we will return! Habib University today has lost a key founding faculty member of its community Dr. Asif Aslam Farrukhi. We request our readers to say a prayer for Dr. Farrukhi and may he rest in eternal peace. pic.twitter.com/ZvpEe3KI00

Farrukhi was also a founding member of the Karachi Literature Festival (KLF) and had contributed his part to English-language press. After he had completed his MBBS at the Dow Medical College, Karachi in 1984, he obtained a Masters degree in Public Health with a concentration in International Health from Harvard University in 1988, the profile provided by Habib University stated.

Read More : Senior journalist Fakhruddin Syed passes away in Peshawar due to coronavirus

In 2012, Farrukhi did a short course on Health Economics and Financing from the London School of Hygiene and Tropical Medicine and later worked as an instructor in Community Health Sciences at the Aga Khan University, Karachi.

Between 1994 and 2014, he served as an officer at the health and nutrition programme at UNICEF Karachi.

He was known for his short stories and essays. Seven collections of his short fiction and two collections of critical essays have been published. He published translations of prose and poetry from modern and classical writers. His recent publications included a collection of new critical essays on Manto and Look At The City From Here — an anthology of writings about Karachi, according to his Habib University profile. Two of his adaptations have been staged in Karachi.

He was awarded the Tamgha-e-Imtiaz and the Prime Minister’s Literary Award by the Pakistan Academy of Letters in 1997 for his distinguished work.

Dr Farrukhi is survived by two daughters. The details of his funeral and burial were not immediately available.