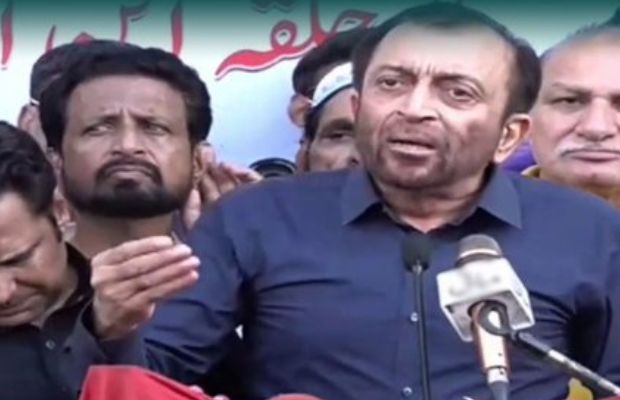 Farooq Sattar to contest as Independent Candidate on Karachi’s NA-245!

At a press conference on Monday, the Former convener of Muttahida Qaumi Movement-Pakistan (MQM-P) Dr. Farooq Sattar announced his decision.

He will contest as an independent candidate in the by-elections from Karachi’s NA-245 constituency under the electoral symbol of the ‘lock’.

Dr. Farooq Sattar criticized MQM-P  saying they did not remember him during the past four years after he was defeated in the 2018 general elections.

“I did not leave the MQM but I was forced to part ways with it. Our voters want to see all of us together. I was trying to rejoin MQM to restore its reputation. However, those people cannot do politics when they are being controlled by some hidden hands.”

Sattar said that he made efforts with good intentions for mending ties with Dr. Khalid Maqbool Siddiqui.

“I have held three meetings with him which remained inconclusive,” he said.

“MQM-P brothers did not remember me for four years and puppets cannot do politics,” he while taking a dig at MQM-P.

Talking about PTI chairman Imran Khan’s narrative, Dr. Sattar said that he was the pioneer of Imran’s current narrative because he was talking about that for a long time.

Dr. Farooq Sattar added that he always tried to give opportunities to new faces and young leaders to start their political careers.

MQM-P leadership had offered him to rejoin the party and contest the NA-245 by-elections under the symbol of Kite.