Minister claims that he was informed of this wrongdoing by a sports commentator. 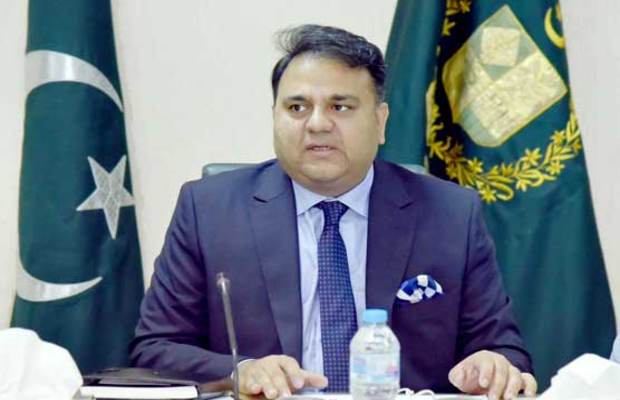 According to him, he has learned that India has threatened Sri Lanka cricketers that they will be ousted from Indian Premier League (IPL) if they become part of their team which that is due to visit Pakistan.

Minister claims that he was informed of this wrongdoing by a sports commentator.

By taking it to social media, in a tweet Fawad Chaudhry stated, “Informed sports commentators told me that India threatened SL players that they ‘ll be ousted from IPL if they don’t refuse Pak visit, this is really cheap tactic, jingoism from sports to space is something we must condemn, really cheap on the part of Indian sports authorities”. 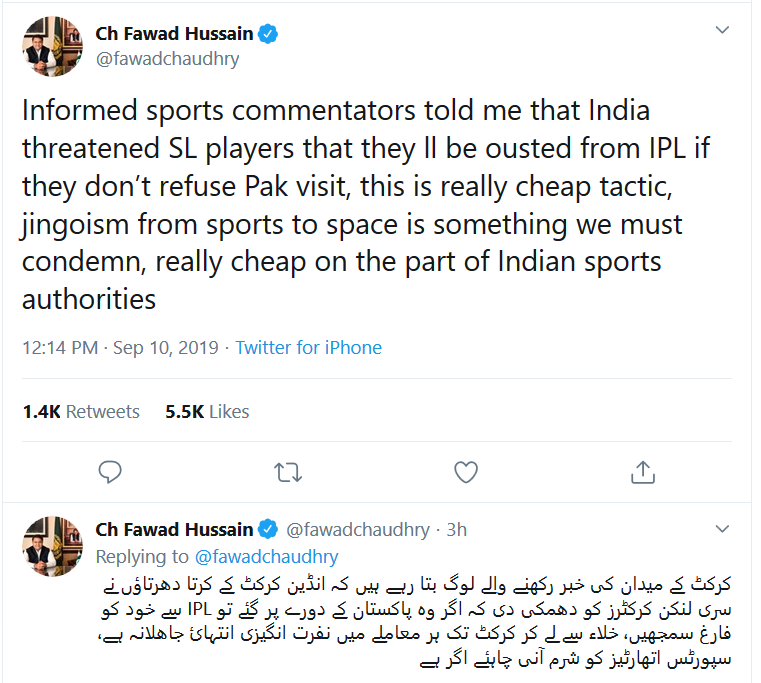