Fawad Chaudhry took to social media to “clarify his statement”, saying his statement had been taken out of context. 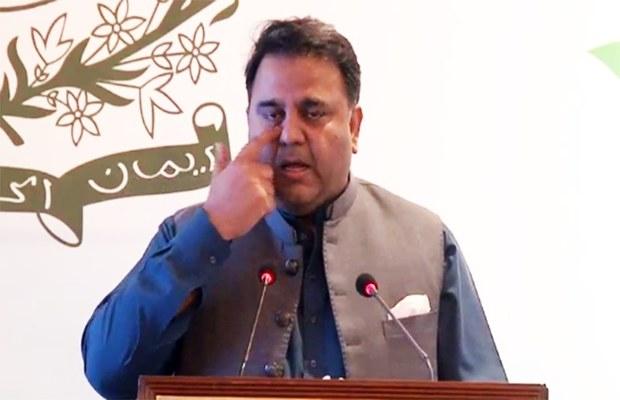 Yet again Science and Technology Minister Fawad Chaudhry has managed to draw criticism over his statement about jobs in Pakistan.

The federal minister’s statement spread like wild fire over the electronic and social media, as he said, “People should not expect the government to provide jobs.”

While speaking at the 2nd PEC Deans International Conference on Globalization of Engineering Education and Practice in Islamabad, said, “If you start looking up to the government to give jobs to everyone, then the entire framework of the economy would collapse”.

“The government is planning to do away with 400 departments … everywhere in the world, governments are shrinking in size. It was the mindset of the 1970s which believed the government would provide jobs. The vice-chancellors present here should make people realize this fact that you cannot expect the government to provide jobs,” he further added.

President of Pakistan Dr. Arif Alvi was also present at the event when the federal minister expressed his views.

A few hours after this made into the headlines, Fawad Chaudhry took to social media to “clarify his statement”, saying his statement had been taken out of context.

In a tweet, the federal minister stressed, “Wondering how every statement is made headline without context, I said it’s not the government who gives jobs it is the private sector. The government creates an environment where jobs can be created. It’s not like that everyone should search for govt. job”.

However, his political party PTI’s had said in its manifesto that it “will create 10 million jobs over five years in key sectors: SME, housing, ICT, health, education, green economy, and tourism”.

tweet
Share on FacebookShare on TwitterShare on PinterestShare on Reddit
Saman SiddiquiOctober 15, 2019
the authorSaman Siddiqui
Saman Siddiqui, A freelance journalist with a Master’s Degree in Mass Communication and MS in Peace and Conflict Studies. Associated with the media industry since 2006. Experience in various capacities including Program Host, Researcher, News Producer, Documentary Making, Voice Over, Content Writing Copy Editing, and Blogging, and currently associated with OyeYeah since 2018, working as an Editor.
All posts bySaman Siddiqui