Fawad Chaudhry along with his guard attacked at the anchorperson at a wedding. 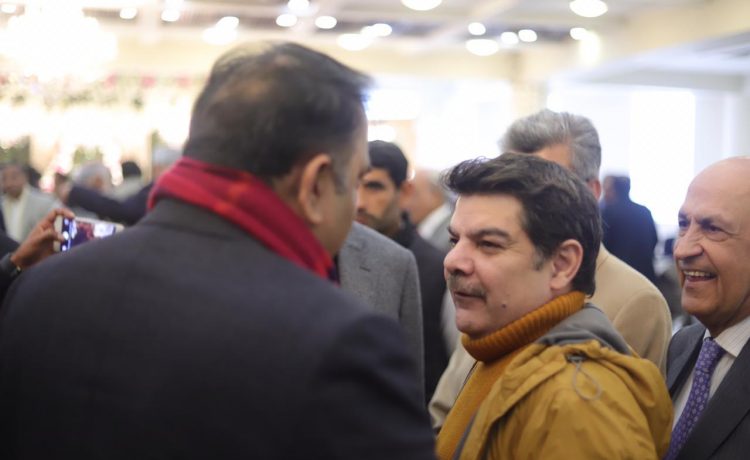 According to details, the incident happened at the reception of federal minister Mohsin Laghari’s son where the anchorperson Mubashir Luqman and Federal minister Fawad Chaudhry got involved in an argument resulted in agitation.

The duo was abusing and exchanging heated words, suddenly, Fawad Chaudhry along with his guard attacked at the anchorperson. He allegedly slapped and even pushed Mubashir Lucman to the ground.

As being reported, the federal minister for irrigation later expressed his disappointment and apologised with anchorperson Mubashir Lucman on the upsetting incident on his behalf.

While talking to the media, Mubashir Luqman confirmed the incident and said that Fawad Chaudhry brutally attacked and tortured him.

The reception was also attended by the top leaders of Pakistan Tehreek e Insaaf including Jahangir Tareen and Ishaq Khan Khakwani.

Earlier, Mubashir Luqman, on his YouTube show talked about the alleged relationship between Fawad Chaudhry and TikTok star Hareem Shah.